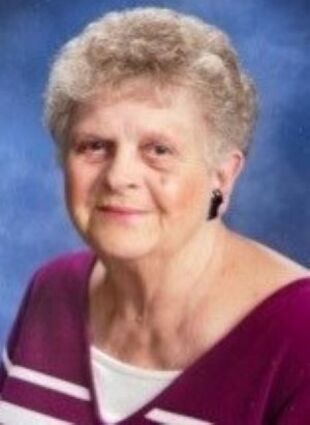 Gen was born on Jan. 10, 1937, in Winona, Minnesota, to Valentine and Mary (Glisczensky) Modjeski (previously Modrzejewski).

She was united in marriage to William "Bill" Thompson on Feb. 5, 1955, at Saint Mary's Catholic Church in Winona. They made their home in Mercer.

Gen was a devoted wife, mother, grandmother and aunt. She enjoyed music, playing guitar and singing. Gen was an avid reader and wrote poetry. She always enjoyed bingo and trips to the casino. Gen was a devout Catholic and member of the St. Isaac Jogues Catholic Church in Mercer.

She was preceded in death by her parents; her husband, Bill; her daughter, Deborah; her father- and mother-in-law, Gordon and Mildren (Van Gordon) Thompson; 11 brothers and sisters; numerous brothers- and sisters-in-law; several nieces and nephews; and many beloved friends.

A Mass of Christian Burial will be held on Friday, July 16,, at St. Isaac Jogues Catholic Church in Mercer, at 1 p.m. The family will receive family and friends beginning at noon until the time of Mass.

A celebration of life will be held following at the Great Northern Banquet Hall in Mercer.

The family has chosen McKevitt-Patrick Funeral Home of Ironwood to honor Gen's legacy of life. You can leave a condolence or a tribute at mckevittpatriockfuneralhome.com.