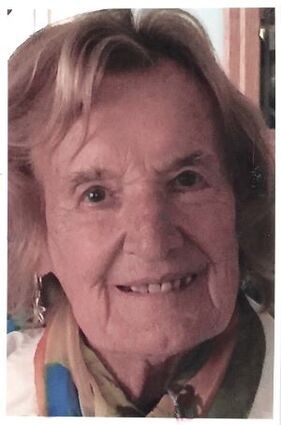 She was born on April 7, 1926, in Rottenmann, Austria, the daughter of August and Maria (Schwaiger) Gretler. She attended Catholic schools in Austria.

She lived through Nazi-occupied Austria and escaped the Russians/Mongolians at the end of World War II. She was hidden by her father along with other children in a hunting cabin, later being taken by the Allies after the war as a translator. She was then forced to live in a displaced person's camp until the Italians used her for her language and typing skills in their headquarters, where she then met an American soldier stationed there by the name of Clement "Bob" Rondeau, who she later married. She came to America with him in 1945. Irma lived in New Orleans from 1951 to 2002, and then moved to Bay St. Louis, Mississippi, to their vacation home. They moved to Ironwood after she and Bob's home was swept away by Hurricane Katrina in 2005.

A Mass of Christian of Burial will be held at Our Lady of Peace Catholic Church on Saturday, July 24, at 11 a.m. with Fr. Binu Joseph as celebrant, preceded by a visitation from 10 a.m. until the time of the Mass.

Interment will take place at Riverside Cemetery in Ironwood.

The family has chosen McKevitt-Patrick to honor Irma's legacy of life. You can leave a condolence or a tribute at mckevittpatrickfuneralhome.com.