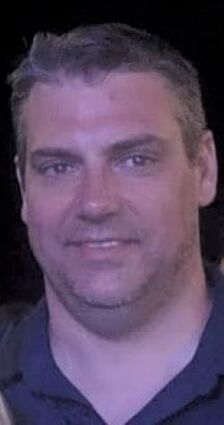 BESSEMER TOWNSHIP, Mich. - Keith Edward Graham, a life-long resident of Bessemer, died unexpectedly on July 31, 2021, at the age of 45.

Keith was born on Feb. 16, 1976, at Grand View Hospital in Ironwood, to Pearce and Jean Graham. He graduated from Michigan Tech in 2000 with a Bachelor of Science degree in forestry and was employed by Sappi North America out of Cloquet, Minnesota, for 11 years as a procurement forester. He sat on the Michigan and Wisconsin State Implementation Committees (SIC) supporting the Sustainable Forestry Initiative (SFI). He participated in "Log a Load for Kids," acting as a group leader leading school children through an active logging site, and teaching kids about the forest products industry. Prior to that position, he worked at Smurfit Stone Container as a forester for 10 years.

Keith was a devoted son, spouse, father, nephew, cousin, friend, and avid outdoorsman. He was a proud Bessemer resident who was committed to his family and community. Keith was always willing to jump in and lend a hand to anyone who needed it. He was active in the Penokee Range Little League as the league's president. He dedicated his love for the outdoors, which showed through hunting, fishing, skiing and camping. When he was indoors, he was busy cheering for the Green Bay Packers and the Milwaukee Brewers. He was most proud of watching his children excel in sports and performing in the fine arts all while promoting academics. Keith was a member of Marty's Goldenaires for 29 years playing the soprano horn. Throughout his years in Marty's, he played with his two brothers, his father, his father-in-law and two brothers-in-law. He toured with them all over Minnesota, Wisconsin and Michigan. His most favorite memory was getting to play the half time show at Lambeau Field at a Green Bay Packer game. Keith's culinary skills were enjoyed by his family at many gatherings, specifically his fish fry, smoked pork, and impressive bloody Mary's.

Keith's laughter and friendship will be missed by all who knew him.

He was preceded in death by grandparents, Edwin and Sylvia Oja, Pearce, Jr. and Josephine Graham, and cousin, Justin Oja.

A memorial service will be held on Friday, Aug. 6, at Massie Field in Bessemer at 11 a.m., preceded by a visitation from 10 a.m. until the time of the service.

In lieu of flowers, an account for the childrens' college scholarships have been set up at Gogebic Federal Credit Union for Keira, Kameron and Kassidy Graham

The family has chosen Ketola-Burla Funeral Home of Ironwood to honor Keith's legacy of life. You can leave a condolence or a tribute at rangefuneralservices.com.