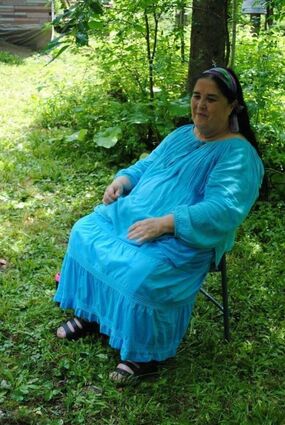 "Death is not extinguishing the light. It is putting out the lamp because the dawn has come."

She was further proceeded in death by three brothers, Ronnie Jackson, Gene Jackson and Roger Jackson; as well as her grandchild, Jessica Hotchkiss; and niece, Tracy Curtis.

"What you leave behind is not what is engraved in stone monuments, but what is woven into the lives of others." -Thucydides

Donna shared many personal and professional achievements. She was a popular local photographer, bartender and owner at the former Spehar's bar, and was proud of working for J. Edgar Hoover, at the FBI in his secretary pool.

Donna was a member of the Cherokee Nation and was baptized into the Catholic church later in life.

She was very active in her community and volunteered through her local church for 20 years. She loved crafting and was a talented photographer and artist. If she was needed, she was the first to lend a hand. She was truly a blessing daily to her friends and family.

"How lucky am I to have something that makes saying goodbye so hard."

Be humble, for you are made of Earth.

Be noble, because you are made of stars.