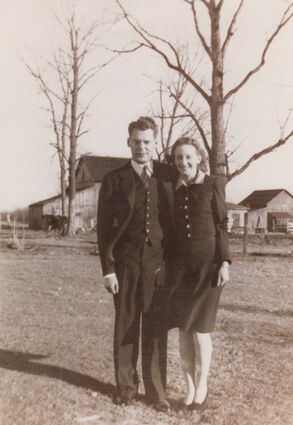 BEDFORD, Ill. - Margaret Matilda Novotny Silberg, 99, of Bedford, died peacefully at home surrounded by the love and support of her family.

Born March 15, 1922, in Toledo, Ohio, she was the daughter of Frank Albert and Julia (Bytosh) Novotny. Margaret graduated from Toledo's Waite High School with the class of 1941.

She married Waldo Frederick Silberg in 1944 and became a member of the Lutheran Church. When her husband took a government job in Chicago, Margaret moved to Clarendon Hills, Illinois. There she was a mother, homemaker, and worked part-time as a bookkeeper for Rexall Drug Company in Hinsdale, and a secretary for Itofca Inc. in Clarendon Hills.

Margaret retired in Bloomfield, Indiana, with her husband. He preceded her in death in 1993.

She was preceded in death by her parents Frank and Julia; husband, Waldo; brothers, Vincent, George, Albert, Joseph and Frank Jr .; and sisters, Doris and Emily.

A memorial service will be held at Calvary Lutheran Church in Bedford on Sept. 11, 2021, at 11 a.m. Visitation will be at 10:30 a.m., with Rev. Gary Zakian officiating and luncheon provided afterward.

Interment will be at Riverside Cemetery at 3 p.m. on Saturday, Sept. 18, 2021, in Ironwood, Michigan, with Pastor Doug Norquist officiating.

In lieu of flowers, Margaret requested that contributions be given to Calvary Lutheran Preschool, Bedford, or St. Paul Lutheran Church, Ironwood.