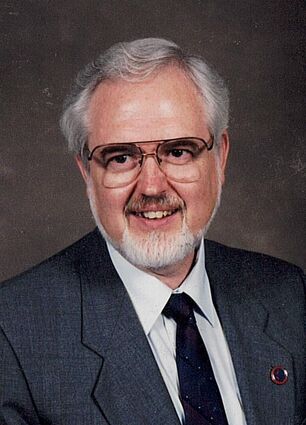 OSHKOSH, Wis. - Rev. Marvin Leslie Rowe, age 91 passed away peacefully Sunday, Aug. 29, 2021, at Evergreen Retirement Community in Oshkosh with his family by his side.

Marvin was born in Ironwood, Michigan, on Sept. 12, 1929, to Leslie and Lillie (Scott) Rowe and graduated from A.D. Johnston High School in Bessemer, Michigan, and Gogebic Community College in Ironwood. He furthered his education at the University of Minnesota at Duluth, earning a degree in music education. Marvin taught music at Wakefield, Michigan, before earning his degree in theology from Garrett Evangelical Seminary in Evanston, Illinois.

He was united in marriage on July 9, 1960, to Barbara Olson at Wesley United Methodist Church in Ironwood.

Marvin served the following United Methodist Churches in these communities: Beloit, Burlington, Fort Atkinson, West Allis, La Crosse and Racine. He retired in 1992, but continued to serve as an interim pastor in Kingston, Dalton, Plover and Montello.

Upon retirement, Marv and Barb moved to the home Marv built (with the help of friends) on White Lake in Montello. Over the years, many happy memories were made with the family at the lake. In 2010, they relocated to Evergreen Retirement Community in Oshkosh; they made special friends and enjoyed many activities. From early on, Marv and Barb shared a passion for music. They enjoyed years of travel and felt very blessed to continue to enjoy some very special friendships along the way.

The family would like to thank the devoted staff at Evergreen and Creekview Long Term Care.

A funeral service for Rev. Marvin Rowe will be held on Friday, Sept. 3, at noon at Trinity United Methodist Church, W3032 Fern Drive, in Montello. Visitation will be held from 11 a.m. until the hour of service. Private burial will take place at the Montello City Cemetery.

Due to the current pandemic, the family requests all attendees please wear a mask.

Crawford Funeral and Cremation of Montello and Oxford is honored to be serving the family. For more information, visit CrawfordFH.com.