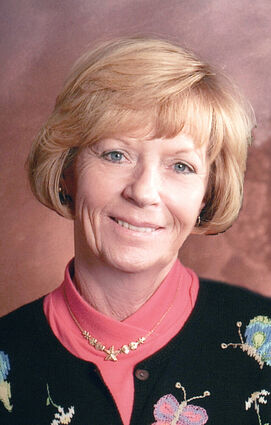 Shirl was born Sept. 28, 1949, in Wakefield, Michigan, to Ray and Ellen Franti and raised in Ewen, Michigan. She graduated from Ewen High School in 1967 and continued her education at Gogebic Community College, completing a one-year business program.

Shirl then moved to Green Bay where she worked for Kellogg Bank, now Associated Bank, as a secretary/stenographer with exceptional shorthand skills. During her 30-year banking career she again continued her education completing her diploma and certification through the National Graduate Trust School from Northwestern University as a Certified Financial Services Counselor in August of 1983. Also, during this time, she worked her way up from a bank secretary to a senior trust officer and vice president.

It was in Green Bay where she met her future husband, Craig Reince. The couple were united in marriage on April 7, 1973, and made their home in Green Bay. They have one son, Stephen, who also resides in Green Bay.

Shirl enjoyed watching sports, including the Packers, Brewers and Bucks. She did beautiful crochet work for family and friends. Additionally, she loved and collected anything butterflies. The Jumble and crossword were also a part of her daily routine. She was a devoted wife and mother and was loyal and caring to her family and friends. She had a wonderful sense of humor and was always grateful for blessings she received.

In addition to her parents, Shirl was preceded in death by parents-in-law, Margaret and Fabian Reince, Green Bay; as well as a sister-in-law, Janice Besson, De Pere; and brothers-in-law, Dan Besson and Rick Reince.

Family and friends may call at Grace Lutheran Church, at 321 S. Madison St. in Green Bay, on Friday, Sept. 10, from 10 a.m. until 11:45 a.m. Funeral service will be held at noon with Pastor Larry Lange officiating. Please note that masks are required while in the church building.

Entombment will be in the Shrine of the Good Shepherd Chapel Mausoleum in Bay Settlement.

In lieu of flowers, memorials may be directed to Grace Lutheran Church of Green Bay and the Green Bay Metro Special Olympics.

Cotter Funeral and Cremation Care is assisting the family. Online condolences may be left at cotterfuneralhome.com.