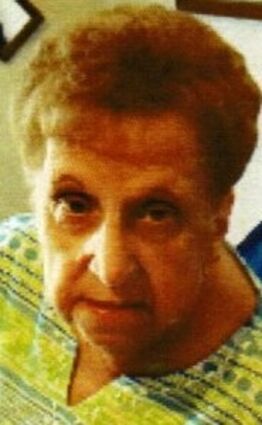 She was preceded in death by her parents, John and Rose Childers; siblings, baby Jimmy and John "Jinx" Childers Jr .; and two brothers-in-law, Raymond Miller and Robert Raisanen.

Pat was a wonderful mother who raised five children single-handedly with occasional help from her family and her strong faith. She was an active member of the Trinity Assembly of God Church in Pahrump for more than 30 years and frequently volunteered her time there. One of the volunteer programs she was a part of was called Celebrate Recovery. She volunteered at Manse Elementary for a brief period. She had various jobs over the course of her life ranging from cooking to cleaning to taking care of the elderly to childcare to making meals. One of her last jobs was cleaning Trinity Assembly of God Church which she would state she felt was her ministry. She always went out of her way to pray for anyone and everyone; some would even consider her a prayer warrior.

The Rev. Mark Ortman, pastor of the Assembly of God Church in Ironwood, Michigan, will preside.

Following the service, lunch will be served at the Marenisco Town Hall.

Jerald Rocco, owner and manager of Lakeside Memorial Chapel, Inc., in Wakefield, Michigan, is assisting the family with their arrangements. Condolences may be expressed online at lakesidememorialchapel.com.