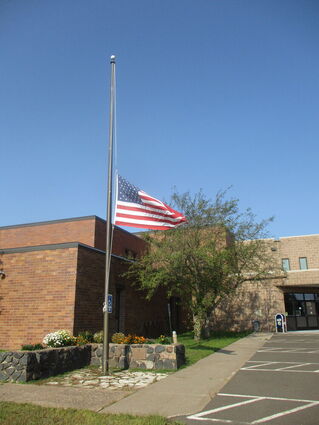 By P.J. GLISSON [email protected] WAKEFIELD TOWNSHIP - Members of the Wakefield Township Board of Trustees voted on Tuesday evening to refuse an offer to take over the Indianhead Mountain water system. "My thoughts are that we don't have a water operator," said Supervisor Mandy Lake. Moreover, she added, "Billing - we're not set up for that." In short, she stated, "We are not in a position to take it over right now." Treasurer Denise Laessig and Trustee Michael Heikkila voiced support for Lake's views before the unanimous vote was taken. While summarizing an Aug. 12 meeting of the Gogebic Range Water Authority, Laessig also pointed out that Jean Verbos, GRWA administrator, assured that "it wouldn't be a big deal if the township doesn't want it." Laessig concluded, "They'll work it out." Because the City of Wakefield also declined the offer to take over the Indianhead water system, Lake said after the meeting that the offer now rests solely with Bessemer Township. She explained that Bessemer Township already has assumed responsibility for the Blackjack Mountain water system, which is in that township. Both Indianhead and Blackjack are part of Big Snow Resort. Located in Ramsay, GRWA supplies water not only to Indianhead and Blackjack, but also to Bessemer Township and Ironwood Charter Township. The source of its drinking water is the city of Wakefield. In other news, Lake also reported that the Superior Health Foundation, in conjunction with the Gogebic Miners, will sponsor a "Pink Party" on Sept. 25 at 1 p.m. on the athletic field of the Wakefield-Marenisco K-12 School in Wakefield. The party is intended to kick off a month-long event called "Paint the Peninsula Pink" in honor of Breast Cancer Awareness Month. On the same day, the Gogebic Miners will host a football game with Stephenson at 1 p.m. The "Pink Party" will feature students selling "fun pink merchandise," with profits going to "health-centered projects in the Bessemer and Wakefield-Marenisco school districts, as well as to women and men in the U.P. "who may be struggling with out-of-pocket breast health expenses." Board members also: -Voted to approve a millage of 4.5630 mills that accounts for a Truth in Taxation hike of .0811 mills, as proposed by Township Assessor Melissa Prisbe, who provided details during a public hearing just prior to the meeting. -Learned from the supervisor that the Gogebic County Road Commission has scheduled the 2023 repaving of a part of N. County Road 519. Lake said the targeted two-mile stretch will start directly off of M-28 and added that the federally-funded project will be completed within that same year. -Learned from Lake that the township's submission to receive allotted funds from President Joe Biden's American Rescue Plan has been registered as received but not yet formally approved. She expects to receive the allotment this fall. All votes were unanimous with all members present. The board's next regular meeting will be on Oct. 5 at 5:30 p.m. in the Wakefield Township Hall. The public is invited.