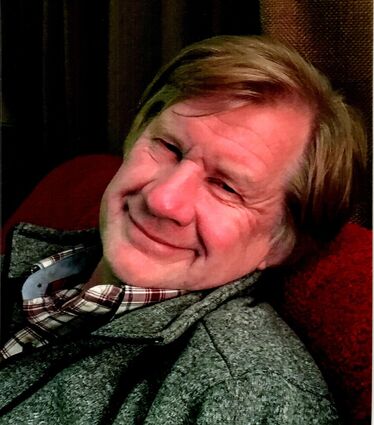 Jim is survived by his wife, Geri Lynn; his sisters, Ruth (Mike) Novak of Green Bay, and Darlene Gray of Winter Springs, Florida. He was preceded in death by his parents; his brother, Douglas; his brother-in-law, Jim Gray; and his first wife, Susan.

Jim is further survived by his niece, Yvonne (Mark) Gilbertson and her children, Haley, Hannah and Hope; his nephews, Jeff (Jennifer) Novak and their children Jillian and Devin; William (Mary Savig) Novak and their son, John; and Jason Gray. He is also survived by Geri Lynn's son and family, Alex (Jenny) Mleziva and their three children, Ethan, Brayden and Addisyn, as well as Geri Lynn's daughter, Stephanie Mleziva, who was especially close to his heart. Jim took great delight in spending time with Ethan, Brayden and Addisyn, teaching them anything he could - encouraging their imaginations with resourcefulness, creativity and great patience.

Jim graduated from Michigan Technological University in 1985 with a degree in electrical engineering. From his first professional position with McDonnell Douglas in St. Louis where he designed landing gear for fighter jets to his most recent position with Jacobs Technologies where he was a controls engineer engaged in government work, his career took him all over the country and the world including trips to Spain, Australia, Wales and China. He was well respected as an engineer and was able to leave a legacy in his most recent positions teaching and mentoring younger engineers.

Jim was proud of his Finnish heritage and his Upper Peninsula origins. He could fix anything from farm machinery to household appliances. He had a love of the land and spent much of his time on his farm in Door County where he cash cropped both organic and conventional grains. Jim was an accomplished organic gardener who always grew enough to share with family, friends, the local food bank and even the wild animals that inhabited the farm property. He loved all animals and throughout the years had several dogs and cats who he considered to be part of his family.

His love of the outdoors included numerous hiking, biking, and family camping trips. He especially enjoyed biking the Sunset Trail at Peninsula Park in Door County and taking in the fall colors of the Upper Peninsula in Michigan.

Visitation will take place at Pfotenhauer Funeral Home Howard location at 1145 Cardinal Lane in Green Bay from 4 to 6 p.m. on Friday, Sept. 24, and a time of sharing will begin at 5:30. Burial will be at the Paynesville Cemetery in Paynesville, Michigan, on Saturday, Sept. 25 with a private, family graveside service at noon Eastern Time.

Online condolences are welcome at PfotenhauerFuneralHome.com.

Due to the COVID-19 pandemic, masks and social distancing will be required and enforced during all services.

Jim passed away due to COVID-19 and regretted not getting vaccinated. He believed God would use his story to teach people and hoped that more people would get the vaccine as a result.

The family would like to thank the entire team of St. Vincent's 6th floor ICU, Dr. Monroy and Dr. Nusrat along with Danielle, Palliative Care NP, and the team at Unity Hospice for their care during this difficult time. You truly amazed us with your dedication, skill and compassion. In addition, Jim was so deeply touched by the numerous acts of kindness, support and prayers that surrounded him during his hospitalization and he was so grateful for all of it.

In lieu of flowers, memorial donations may be made and will be given to the Green Bay Humane Society in Jim's name.