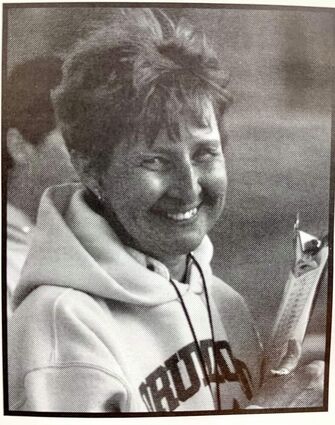 ASHLAND, Wis. — Jacqueline "Jackie" Gunderson, age 74, of Grand View, passed away Tuesday, Sept. 20, 2021, at Memorial Medical Center in Ashland. She was born July 30, 1947, in Wakefield, Michigan, the daughter of Jack and Marge Burt.

In 1965, she graduated from A.D. Johnston High School in Bessemer, Michigan, and then received a degree in physical education from the University of Wisconsin-La Crosse. On June 21, 1974, she married Hjalmer Gunderson. Jackie worked at the Drummond School District for 34 years, retiring in 2003. In her 34 years she served as a teacher, coach, athletic director and mentor. In 1971, she introduced the first sponsored WIAA women's track and field for Drummond. During her coaching career she participated in a number of state tournaments in women's volleyball.

She was a member of St. Ann Catholic Church, in Cable.

Jackie enjoyed the Packers, Badgers, Bucks and Brewers sports teams. She liked watching her children's and grandchildren's activities, playing smear, and splitting wood. Her giving and selfless nature was shared with all that knew her.

She was preceded in death by her parents; a grandson, Beau Nemec; a sister, Mary Kay Timm; and brother-in-law Richard Fredericks.

A memorial Mass of Christian burial will be held 11 a.m. on Saturday, Sept. 25, at St. Ann's Catholic Church in Cable. Visitation will be held one hour prior to the service at the church. In lieu of flowers, a memorial/scholarship fund will be set up in Jackie's name.

The Roberts Funeral Home and Ashland Crematory Service in Ashland is assisting the family. To view this obituary, sign the guestbook, or leave an online condolences, visit our website at bratleyfamilyfuneralhomes.com.