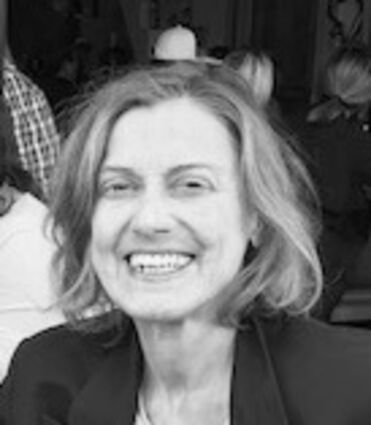 TORONTO, Ontario - Some people come into our lives and quietly go. Others enter our lives, leave footprints on our hearts, and we are never quite the same. Such a one was our beloved sister, aunt and friend, Patty.

It is with great sadness the family of Patricia Morzenti announces her peaceful passing on Oct. 5, 2021, in Toronto, Ontario. She was born on March 4, 1955, in Ironwood, Michigan, across the state-line from her home in Montreal, Wisconsin, (Go Packers!) to Charles and Anna (Hornick) Morzenti, the youngest of nine children.

Patricia was predeceased by her parents; her sister, Kathleen (John) of Duluth, Minnesota; her brothers, Don (Jean), Ken (Colleen) and David, all of Wisconsin; sisters-in-law, Maureen and Yvonne, both of Wisconsin; and brother-in-law, Paul DeBenedictis, Syracuse, New York.

She is survived by a large and loving family, including her sister, Virginia, Syracuse, New York; and brothers Charles (Sharon), Hurley, Wisconsin, Gary, Montreal, Wisconsin, and Jon, Green Bay, Wisconsin; as well as numerous nieces and nephews - the light of her life.

Patricia earned her Bachelor of Science from the University of Wisconsin-Stevens Point in 1977. After a short time teaching, she moved to Glendale, Arizona, and in 1981 earned her MBA from the American Graduate School of International Management (aka Thunderbird School of Global Management). Following completion of her MBA, Patricia joined the Royal Bank of Canada, having a successful 30-year career in international finance through various postings; she relocated to Miami, San Juan, Puerto Rico, New York City, Chicago, Mexico City and Toronto, where she eventually became a dual citizen of the United States and Canada. She retired in 2011 as RBC vice president, head of credit, international wealth management.

Patricia had great curiosity, a love of learning, including a keen interest in all things cultural and international. While a teenager, Patricia developed a passion for history, geography, and travel which continued throughout her life and by 2019 she had visited 110 countries. She loved concerts, theater, dance, art, reading murder mysteries, taking classes, international cuisine, landscaping and interior decorating. Patty was full of life, love and laughter, and brought joy to many.

She understood the art of giving back and had a love for charitable work which ranged from volunteering as a translator during the U.S. government processing of the Mariel boat lift to completing certificate in international development post retirement to prepare her for international volunteer work. Patricia also served as treasurer of the Lupus Foundation of Canada.

Among her greatest of gifts was the time, energy and love she spent mentoring so many young people, especially her beloved nieces and nephews. She empowered, inspired and opened young minds to possibilities and influenced many.

Patricia lived life to the fullest - loving, learning, working, helping, inspiring, experiencing, enjoying, and appreciating life's beauty. She fought illness admirably and faced adversity with great courage. She left an indelible mark on all who knew her and will be deeply missed by family and friends. Though beyond our ken, we trust her light shines on.

Patty's family would like to express gratitude to her Canadian family, longtime friends, who traveled life with Patty and were steadfastly there for her throughout sickness and health - especially Kirsten Jensen, Helen McGill and Julie Wood. The family would also like to thank Kibirige (Tavina) Elson, Patty's angel caregiver, who lovingly accompanied her the last months in her journey.

Per her wishes, no formal service will be held. In the summer of 2022, there will be a private committal in Wisconsin followed by a celebration of life.

In lieu of flowers, donations may be made to the Lupus Foundation of America, Doctors without Borders or the charity of your choice.