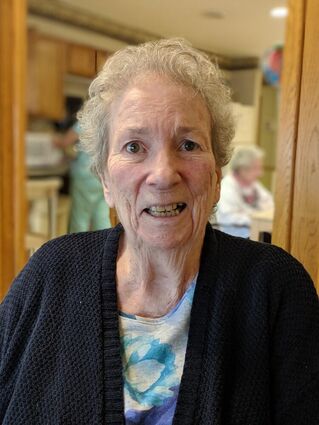 SOUTH MILWAUKEE, Wis. - Nancy "Darlene" Sass died Oct. 16, 2021, in South Milwaukee. She was born April 28, 1934, and grew up in East Detroit, Michigan. She graduated as Valedictorian from East Detroit High School in 1952. She attended Henry Ford School of Nursing and became a Registered Nurse in 1955.

She married her high school sweetheart, Elmer H. Sass on March 5, 1955. They were married for 63 years. He preceded her in death on Jan. 27, 2019. Nancy was also preceded in death by her parents, Paul and Augusta Jones; a sister, Marjorie Krampits; and two brothers, Paul and Lawrence Jones.

Nancy worked as a RN at Grand View Hospital in Ironwood, Michigan, until she retired in 1997.

Nancy loved to cook, bake, garden, sew, knit, crochet, paint, fish and travel. If there was something she didn't know how to do, she taught herself.

Nancy's family would like to extend heartfelt thanks to Francis House and St. Croix Hospice for their outstanding care.

A private service is being planned for a later date.