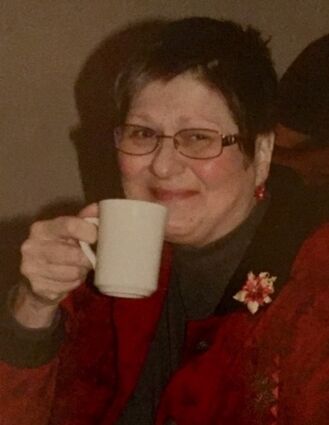 She was born on March 18, 1948, in Wakefield, to the late Elma Johnson (Sippola) and John Willing.

Jenny is survived by her husband, Bruce, whom she married on Aug. 24, 1968; three sons, Bruce Jr. (Bonnie), and their children, Taylor, Jacob, Weston and Sydney, from Atlantic Mine, Boyd (Jenae), and their children, Olin and Nils, from Wausau, Wisconsin, and Byron (Brandy), and their children, Jack, Hunter and Garrett, from Cheboygan; two sisters, Donna Honkanen and Ali Gregory; three brothers, Doug, Ron and Jesse; and numerous nieces and nephews. Also surviving is her best friend and soul sister, Pam Kuker, who brought Jenny a lifetime of happiness, love, and lots of laughter. And a farewell to "Boy" from her youth.

Jenny graduated from L.L. Wright High School and attended Gogebic Community College School of Cosmetology in 1979. She was a hairdresser for several years and also worked in retail in Seward, Alaska, which she loved.

Jenny loved to read, ski, skate, swim, snowshoe, dance, hike, go for walks with her husband, fish in Alaska, and prepare beautiful meals for her family. She was most proud of her three sons and grandchildren. Her "pet" names given to her by her grandchildren were: grandma, meemoo, mummi, and mumm.

In keeping with Jenny's wishes, a small private ceremony with her family will be held at a later time.

Fassbender Swanson Hansen Funeral and Cremation Services is serving the family, where condolences may be expressed online at fassbenderswansonhansen.com.