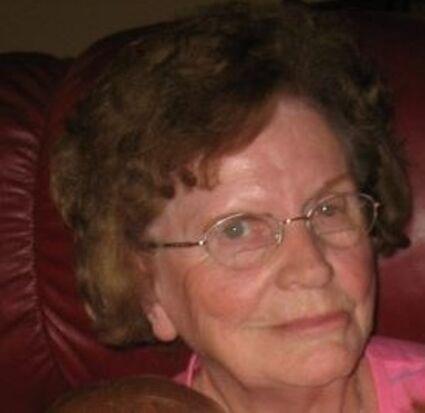 She was born Sept. 14, 1931, the daughter of George and Esther (Mattson) Aspinwall. She grew up in Bessemer and later moved to Ironwood where she attended school. She graduated from Luther L. Wright High School in 1949. After her children went to school, she pursued a career in teaching. She attended Gogebic Community College in Ironwood, Northland College in Ashland, and Northern Michigan University where she obtained a master's degree in 1969. She taught at Ironwood area schools including Roosevelt Grade School for 30 years, retiring in 1992. She was a beloved second-grade teacher.

She was a member of the First Presbyterian Church in Ironwood, Gogebic Country Club Women's League, Lake Fairway County Club in North Ft. Myers, Florida, and the Michigan Education Association. She loved to golf, knit, and travel to Florida during the winter months

She was preceded in death by her parents, George Aspinwall and Esther Aspinwall Johnson; husband, George; brothers, George and Howard Aspinwall; and sister-in-law, Jean Aspinwall.

A memorial service will be held at McKevitt-Patrick Funeral Home of Ironwood on Thursday, Nov. 4, at

11 a.m. preceded by a visitation from 10 a.m. until the time of the service. A luncheon will follow the service.

The family would like to thank Westgate Nursing, Rehabilitation and Assisted Living Community for their compassionate care.

Donations may be made to the Ironwood Carnegie Library toward their children's programs, or the Hope Animal Shelter.

The family has chosen McKevitt-Patrick Funeral Home of Ironwood to honor Marilyn's legacy of life. You can leave a condolence or a tribute at mckevittpatrickfuneralhome.com.