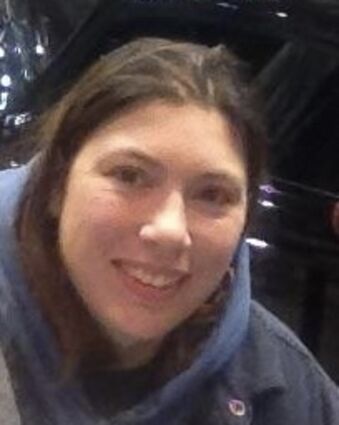 Rebecca Jo Goodwin was born on Nov. 4, 1985, to Nick and Patty Goodwin. She was welcomed by her sister, Jenny, and brother, Niko. For the first year of her life, she lived in a mobile home in Chaska, Minnesota. Then, before her first birthday, her family bought a hobby farm out near Cologne, Minnesota, and she lived there until after high school.

Becky found her love of animals there. She learned how to feed and doctor animals and ride a horse, courtesy of Win. Later Becky got a pony named Sugar Baby, and the love of horses began. After Sugar Baby passed away, she got Joe, a palomino gelding. It was a relationship that was to last 26 years.

She also developed a love for anything military. She was an active member of Fort Snelling Military Museum Volunteers Inc., and turned out to be the only tank driver in the group that could balance a tank on a narrow mound of dirt and rock back-and-forth.

She graduated from Chaska High School in 2004 and went on to study at the Universal Technical Institute in Avondale, Arizona, receiving an associate degree in gas and diesel mechanics. Out of 21 phases of classes, she was a student of the seventh phase. After she graduated, she returned to Minnesota and later moved to Bessemer, Michigan.

She started working at the Walmart in Ironwood as it was being built. She worked there full-time until hours were cut and then worked at the Columbia mill in Mellen, Wisconsin. She kept working part-time at Walmart as well. She then found a job at the Wapauca Foundry in Ironwood and said to her mom, "I think I have found a home for a long time there."

She leaves behind her mother and father, brother and sister, aunts and uncles, cousins, lots of fur babies and many friends in Ironwood, Michigan. Also left behind are a very special boyfriend, Faron, of Ironwood; special friends, Aly Smith and John Klein; and her second dad, Bill Barbacovi.

Becky will be deeply missed and kept safely in our hearts.

Funeral services will be held at McKevitt-Patrick Funeral Home of Ironwood on Tuesday, Nov, 23, at 11 a.m. with Pastor Mike Hill officiating, preceded by a visitation from 10 a.m. until the time of the service.

She will be buried in Mason City, Iowa.

The family has chosen McKevitt-Patrick Funeral Home of Ironwood to honor Becky's legacy of life. You can leave a condolence or a tribute at mckevittpatrickfuneralhome.com.