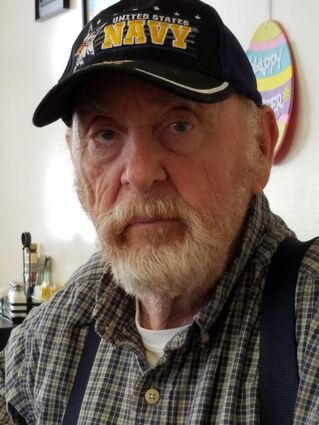 WAKEFIELD, Mich. - Raymond Burton Ott, 77, a resident of Wakefield since 1962, died peacefully Wednesday, Nov. 24, 2021, after a long illness with multiple sclerosis and dementia.

He proudly served his country in the U.S. Navy for four years, and was honorably discharged on Feb. 6, 1968.

Ray was an electrician at White Pine Copper Company. For more than 20 years, he delivered heating oil for homes for C&M Oil Company in Bessemer.

Always wanting to give back to his community, Ray was elected mayor of Wakefield. He was one of Wakefield's last full time firefighters getting the best test score (one wrong) ever in Michigan, and he was a firefighter instructor. After retirement, a fire truck "Rescue Ray," was dedicated to him in his honor.

Never having the desire to take credit for his achievements, Ray was instrumental in bringing paramedic service to Gogebic County. He assisted on countless ambulance calls and helped endlessly with a taxi service.

As an avid outdoorsman, Ray enjoyed hunting and camping and was a Master Angler fisherman. In the 1970s, he became a charter member of the Snowbird Snowmobile Club.

He was predeceased by his parents.

Out of respect for Ray's wishes, cremation has taken place.

Graveside committal services with military rites will take place at the Lakeside Cemetery in Wakefield, in the spring.

The family would like to express a sincere thank you to Dr. James Rocco and the staff at the Aspirus Ironwood Hospital for their compassionate, professional care and many kindnesses extended to the family.