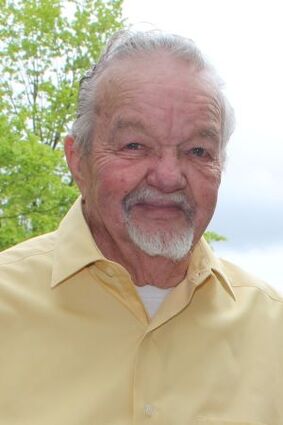 He served his country in the U.S. Navy from 1958 to 1964. He was united in marriage to Opal Craig on Nov. 13, 1965, in Will County, Illinois. They resided in Frankfort, Illinois, until moving to Mercer in 1980, where they operated the restaurant at Lake Bastine Resort until 1983.

Jerry had various occupations as road foreman, truck driver, carpenter, and restaurant operator. His favorite job in later years was as a Mercer recycling attendant. His favorite pastime was playing Combo Canasta with family and friends.

Preceding him in death were his parents; brothers, James and Jack Roberts; sister, Pam White; and sisters-in-law, Faye Craig and Ruth Strickland.

According to his wishes, Jerry was cremated.

Services will be held at a later date.

In lieu of flowers please send donations to the Mercer VFW.

A very special thank you to the staff at Aspirus Ironwood hospital for all the care they provided during his illness.

The family has chosen McKevitt-Patrick Funeral Home of Ironwood to honor Jerry's legacy of life. You can leave a condolence or a tribute at mckevittpatrickfuneralhome.com.