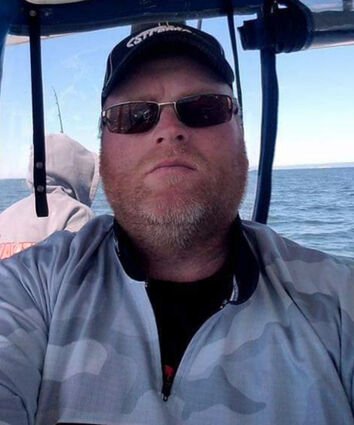 He was born in White Pine, Michigan, on May 7, 1974, the son of Edward Stouffer Sr. and Sandra (Hasenberg) Gustafson.

Edward graduated high school and worked as an Operator in construction for many years. He was a member of the Local 139.

Edward enjoyed music and was an avid fisherman. He loved being on the water and especially loved big ships that sailed the Great Lakes. He was a member of the Duluth Sail and Power Squadron and the Western Lake Superior Trolley Association.

He was preceded in death by his father, Edward Stouffer Sr .; uncle, John Hasenberg; and his grandparents.

A celebration of Edward's life will be held at a later date.

The Lenroot-Maetzold Funeral Home, 1209 East 5th St., in Superior is assisting the family with arrangements. To leave a condolence or sign the guestbook, please visit lenrootmaetzold.com.