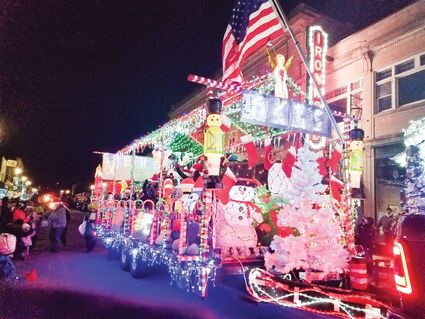 IRONWOOD — The 2021 Jack Frost Parade was the “biggest ever,” according to Ironwood Chamber director Michael Meyer.

Saturday night’s parade along Aurora Street in downtown Ironwood had 42 parade entries, said Meyer. The event brought a large crowd, as Aurora Street was lined with people on both sides.

Meyer said he believes the parade was so popular because it was the first Jack Frost parade in two years, as the event had been canceled in 2020 because of the pandemic.

Just prior to the parade at 6 p.m., a Santa dash was held with peopl...