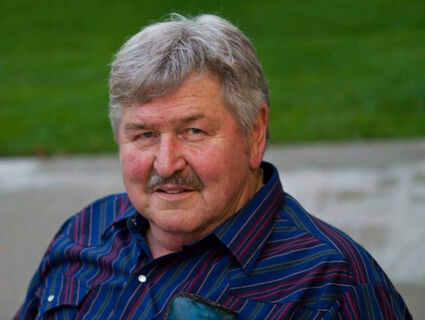 Dean was born Oct. 14, 1949, to Norrie and Elvi Pearson, of North Ramsay, Michigan. He learned his hard work ethic at a very young age, helping the family run a labor intensive dairy and beef farm, caring for animals, and maintaining machinery. It was here he gained his love for animals and started his passion for machines and automobiles.

He graduated from Bessemer High School in 1967. He loved to play football and had very fond memories of his time in the Army ROTC program. After high school graduation, he attended Northern Michigan University where he earned a bachelor's degree in industrial education.

Dean was a respected vocational technology educator, teaching automotive repair, small engine repair and other vocational education courses at Ontonagon High School. His love for racing emerged during his teaching career where he put his automotive knowledge to the test against some very well respected racing competitors in Upper Michigan and Northern Wisconsin, earning numerous victories and a track championship. Later in his teaching career, he became affectionately known as "Professor Pearson" while he taught automotive technology courses at Gogebic Community College in Ironwood, Michigan, before he retired from teaching in 1996.

In the mid 1990s, Dean started a successful logging business, and his ambitions grew it into excavating and road building, as well. Dean took great pride in his work, always doing the absolute best he could, regardless of the job he was doing. His work making improvements to the snowmobile and off-road trails that are part of the Gogebic Range Trail system highlights some of this passion.

Dean worked hard every day, but there were a few times a year he would always take time away for: attending the Iola car show with his family and friends, watching his grandson Justin race cars on dirt tracks in Wisconsin, and attending Green Bay Packer games at Lambeau Field with friends and family.

Per Dean's wishes, there will be no funeral services, but instead will be a celebration of life in the summer with family and friends. He asked that all who knew and loved him would raise a toast of their favorite beverage in his memory. Memorials and condolences can be sent to his wife, Kathleen Pearson, E3233 Lake Road, Ironwood, MI 49938.