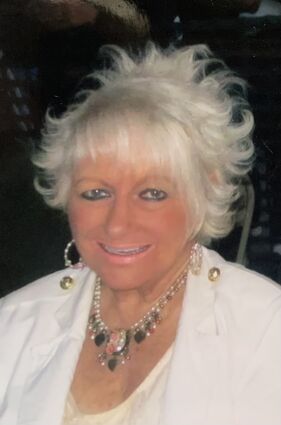 She was married for 55 years to the love of her life, Gary Silc of Sudbury, Ontario, who caught her eye as an All-American basketball star at NMU. She caught his eye as a beauty queen, holding the titles of Miss Upper Peninsula and Miss Congeniality at the Miss Michigan Pageant in 1961.

Around the time Julie and Gary started having their children, Gary became a naturalized citizen and they moved to Ironwood. Julie then taught at the Wakefield High School touching the lives of many students.

Julie loved dogs, and enjoyed over the past 50 years her Brittany spaniels, Coacoa, Ayny, Mickie, Rosie, Gracie and Charlie; and German shepherds, Buddy and Jack. She was a competitive tennis player, alpine ski racer and enjoyed piano and golf.

She especially loved her daughter, Dr. Jennifer Silc, and was so proud of her accomplishments in becoming a periodontist. She adored her son-in-law, Dr. Bryan Nakfoor, an orthodontist, and her two grandchildren, Morgan and Grant Nakfoor, Inverness, Illinois.

Julie is further survived by numerous relatives, including her favorite cousin, Dr. Ruedi Gingrass and his wife, Julie, Milwaukee.

Those of us who have had the privilege to know Julie will fondly remember her witty personality, hot pink lipstick, love of sparkles and true interest in making you feel like you were the most important person in the room. Her motto was "if you don't have something nice to say about someone, then don't say it at all!" She will be remembered for her kind heart and beautiful smile until the end!

At Julie's request no funeral service will be held. However, she wanted a party to celebrate her life, so a celebration of life will be held at a later date.

There will be a memorial at the Holy Cross Catholic Cemetery in Marquette, in the summer at a date to be determined.

As an expression of sympathy, memorial contributions may be sent to the Cystic Fibrosis Foundation in honor of her late son, Andrew Morgan Silc.