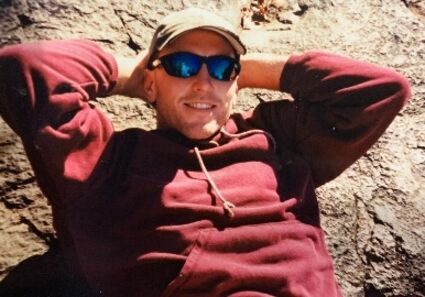 Tom was born in Rhinelander, Wisconsin, on Jan. 18, 1972, to Gayle and Carla (VanBeynen) Fletcher and graduated from Rhinelander High School in 1990. After high school, Tom manned a truck for Budweiser until he forgot to set the parking brake during a personal beer drop.

Then Tom was an essential employee of the Nabisco Company for 25 years, often starting his long days at 4:30 a.m., while secretly harboring an ambition to be an outdoor guide and lumberjack.

He was such an exceptional athlete, who stayed involved in sports, especially softball. Even more than sports, Tom enjoyed the great outdoors and his friends. He selflessly hosted hunting and card playing for more than two months out of the year.

In 1994, Tom met Jeni, and it was love at first sight. There were never two people more suited for each other. They were soulmates who supported, protected and cared for each other through everything. After many fulfilling years raising their children, they decided that together, they'd make the bold move to leave all behind and live off the grid in the Fletcher Cabin of Marenisco. Jeni was the love of Tom's life, and he was her Superman.

Tom loved being a father. He demonstrated and taught the value of hard work, attention-to-detail, personal responsibility, respect and humility.

He is preceded in death by his father, Gayle Fletcher.

Tom's life will be celebrated at the Hildebrand Funeral Home in Rhinelander on Friday, Jan. 7. Calling hours are from 3 to 6 p.m. Immediately following, a banquet will be held at the Crescent Town Hall located at 3231 Golf Course Road in Rhinelander.