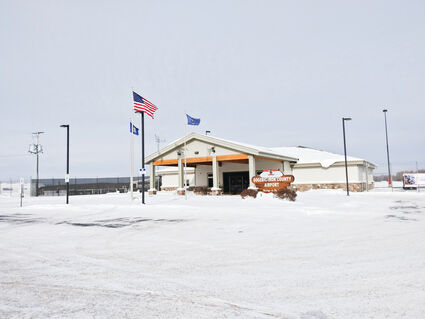 The Gogebic-Iron County Airport stands in Ironwood on Monday. The airport was awarded grant money through the bipartisan infrastructure bill and will go to one of the airport improvement projects, airport manager Michael Harma said.

IRONWOOD - Gogebic-Iron County Airport manager Michael Harma said the airport was recently awarded $159,000 through the new bipartisan infrastructure bill. He said that there's not many details about the grant other than the news release, which talks about runways, taxiways and airport improvement projects. He thinks the money will be poured into one of their projects - either the midfield taxiway, building expansion or new general aviation facility.

Harma said that the money is coming from the federal government, but he needs to meet with state...