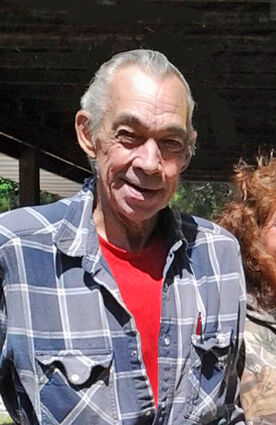 James was born in Antigo, Wisconsin, on Oct. 3, 1941, a son of Louis and Mable (Lenzner) Noskowiak. In January 1963, Jim married Sue Langlois, the couple later divorced. Later, Jim married Mary Frahm, she preceded him in death in 2013.

Jim graduated from St. John Catholic Grade School in 1956, then from Antigo High School in 1960. Right out of school he went to work for Hooper Corporation, High Line Division out of Madison, Wisconsin. He worked there until September 1972, then became self-employed as a logger, working with his wife, Mary. Eventually, in August 1986, Jim returned to Hooper Corporation, where he continued to work until his retirement in 2004.

Jim spent many years living in the Neva, Wisconsin, area, eventually moving to Bergland where he built his dream home on the north shores of Lake Gogebic. During his retirement, he owned a shop in White Pine where he spent hours doing woodwork. He has built and remodeled bars and tables in many of the eating establishments in White Pine and Bergland, including the VFW. He enjoyed fishing, woodworking and cooking, especially things he could make on the grill.

In addition to his wife and parents, Jim was preceded in death by a sister, Mary Jane (Noskowiak) Byholm; and his four-legged companion, Duke.

Per Jim's request, no services will be held.

Bradley Funeral Home of Antigo is assisting the family with arrangements. An online obituary is at bradleyfh.com.