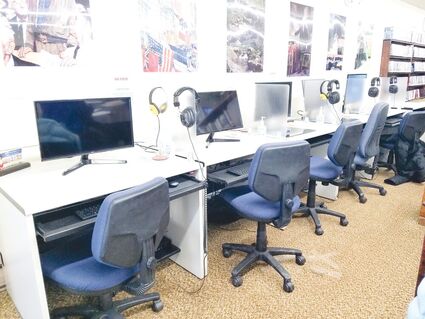 Five new computers were recently set up in the Wakefield Public Library. The library board has hired two part time librarians and hopes to re-open the facility soon.

Carly Rusch, of Ironwood, will be the new part-time library director. The board approved her hire during its monthly meeting on Tuesday night, for 20 hours a week at $18.50 per hour.

"She came across as amazing," said library board president Loraine Mussatti.

Barb Suomi, a library volunteer, said Rusch had a great awareness and that Roush noted the new library computers right away, along with many other things in the library....