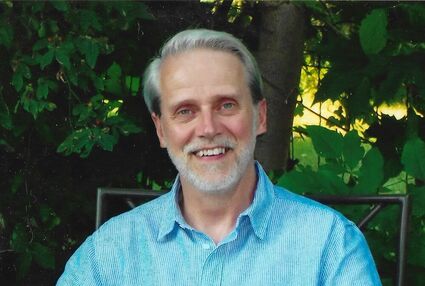 RUTLAND, Vt. - We are deeply saddened to share that Ronald "Ron" William Paynter, aged 69, passed away peacefully on Feb. 19, 2022, in Rutland, after a long and graceful journey with frontotemporal dementia.

Ron was born and raised in Bessemer, Michigan, and graduated from A.D. Johnston High School in 1970, before continuing his studies in civil engineering at Michigan Technological University, graduating in 1974.

He lived and worked in Akron, Ohio, Iron Mountain, Michigan, and most consequently Bozeman, Montana. In Bozeman, Ron pursued a Master of Education in counseling, and the love of his life, Suzanne "Sue" Levesque. Ron graduated in 1984, and Ron and Sue were married in 1986. Ron, Sue, and family moved to Fort Atkinson, Wisconsin, in 1989, where Ron and Sue raised their children and were active members of the community. They lived there until 2014, before moving east to Connecticut and finally Vermont.

Throughout his life, Ron was a devoted man of God, a dedicated and compassionate counselor to many, and a loving and loyal husband, father, and sibling to a lucky few. He lived a life of integrity and grace and will be dearly missed and always remembered.

Ron will be laid to rest privately at his favorite place, the Paynter Family Cottage on Lake Gogebic, Michigan.

The family asks that if you wish, you donate to the American Alzheimer's Association in lieu of flowers.