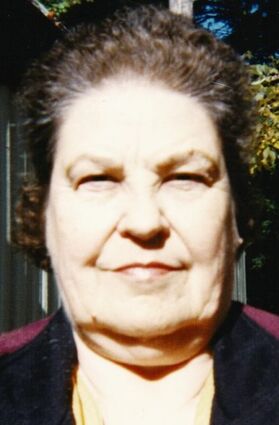 Clara was born on March 29, 1933, in Bessemer Township, a daughter of Donald and Elsie (Ruha) Wakevainen. She graduated from Marenisco High School.

She was never married and lived at Bingham Bay on Lake Gogebic, where their first homestead was built one-quarter mile back in the woods. Her dad was a logger and built the house with the logs he harvested. She lived all of her life with her sister, Helen, and their mother. Most of those years living at the lake, they had no electricity, no running water in the house and a woodstove.

During her younger years, Clara lived in Washington D.C., and Chicago. She worked for the government and was an administrative secretary to the president of the Gogebic Community College.

She was predeceased by her parents; a sister, Helen; and a brother, Donald Arvo Wakevainen.

Her niece, Brenda, and Ted would like to thank her caregivers for their excellent care at the Gogebic Medical Care Facility.

Out of respect for her wishes, cremation has taken place and there will be no funeral service.

Interment will take place at the Agate Cemetery in Trout Creek, in the spring.