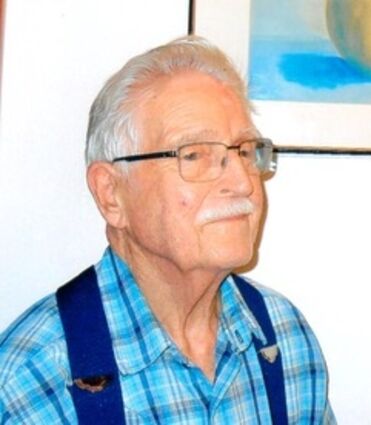 Swen was born Feb. 3, 1934, at home in Watton, to Victor and Lempi (Jarvimaki) Nurkala, attended elementary school in Watton and graduated from L'Anse High School. He continued his education at Suomi College and received a two-year business degree before being drafted into the U.S. Army, where he was stationed at bases in the U.S. and in the Panama Canal Zone during the Korean War. Following his service to his country, he returned home and earned his degree in education from Northern Michigan University, and taught art and coached track in Cicero, Illinois, for a year.

Swen married Martha Haukkala of Wakefield in 1961, and together they moved downstate where he taught in Dowagiac for four years while taking classes at Northwood Institute and the University of Michigan during the summers. They relocated to Negaunee where he taught art in the Negaunee Public Schools for more than 20 years.

Mr. Nurkala was an active and devout member of Trinity Lutheran Church, Ishpeming, where he sat on the church council and was active with the men's group and the men's camp outings. He also did several art pieces for the church over the years. Swen was a member of the American Legion Post 114, Greenwood, and a life member of the NEA and MEA.

Art was a very important part of Swen's life. He enjoyed painting, charcoal art, photography and ceramics. Most recently, he loved the sunsets over Teal Lake and the geese roaming around it, which provided him both entertainment and scenes for his artwork to flourish.

Surviving are his loving wife of 60 years, Martha Nurkala of Negaunee; his daughter, Kariina Persyn, her husband, David and their son, Ordway, of Denham Springs, Louisiana; his son, Vance (Sandy Lincoln) Nurkala of Tacoma, Washington; and nieces, nephews and cousins.

He was preceded in death by his parents; his stepfather, Konstu Salli; five sisters and four brothers; and nieces and nephews.

The family wishes to extend a special thank you to all those who helped care for Swen, including: Bell Family Medicine, especially Jeremy Steele, PAC, and his nurse, Bobbi, and staff; U.P. Home Health and Hospice; the doctors and nurses at U.P. Health Systems Bell and Marquette and the Fair Avenue Medical Center; his neighbors and tenants at Teal Lake Apartments; the members of Trinity Lutheran Church; and to nieces, nephews, and relatives from the Nurkala, Lahti and Haukkala families who helped in so many different ways over the years.

Memorial services will be held at a later date and will be announced by Koskey Funeral Home of Negaunee. Interment will be in the Negaunee Cemetery.

In lieu of flowers, memorial contributions in Swen's memory may be directed to the Trinity Lutheran Church Memorial Fund, 414 E. Ridge St., Ishpeming, MI 49849, and can be designated for youth activities.