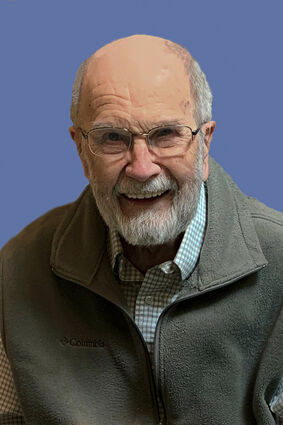 GOODVIEW, Minn. — Alvin David Jarvinen, age 94, died peacefully at his home on Saturday, May 14, 2022, after an illness of several months.

Al was born on March 28, 1928, and was raised in Wakefield, Michigan, the eleventh of twelve siblings.

After graduating from Wakefield High School in 1946, Alvin moved to Waukegan, Illinois, where he met and married Barbara Delores Asplund on June 30, 1951.

Al and Barb returned to Michigan in 1956. He worked as a supermarket meat cutter for over 30 years. During this time, Al experienced a deep renewal of his childhood faith in Jesus Christ that changed the trajectory of his life. Al was used over the years in various ministry capacities, including teaching, preaching and evangelistic work.

In 1990, Al and Barb moved to Winona, Minnesota. Al and family underwent the devastating loss of wife and mother, Barb, in December 1992.

This led to their eventual marriage on Feb. 14, 1997. Al and Joyce enjoyed their 25-year marriage, which included a shared ministry as pastor and wife when Al was called and ordained to serve as the pastor of Cornerstone Church in Winona for approximately six years.

Al enjoyed many hobbies including fishing, woodworking, reading and baking.

He was preceded in death by his first wife, Barbara; his infant daughter, Pamela; his parents, David and Anna Jarvinen; and all eleven of his siblings.

A memorial service for Al will be held at 11 a.m. on Tuesday, May 24, at the Hoff Celebration of Life Center at 3480 Service Drive in Goodview. Visitation will begin at 10 a.m. and last until the service. A luncheon will be served following the service.

Al will be laid to rest at the Woodlawn Cemetery in Winona.

Hoff Celebration of Life Center-Goodview, is assisting the family. In lieu of flowers, donations may be made to Pleasant Valley Church, 1363 Homer Road, Winona, MN, 55987, pvwinona.com.