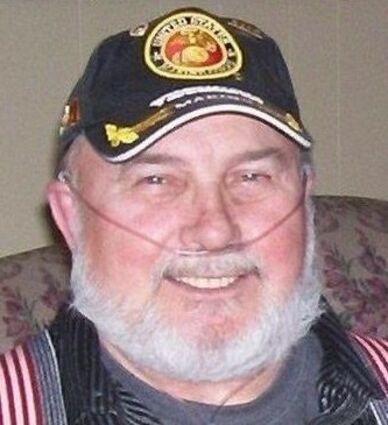 Al was the son of Alvin E. and Lucille (Anderson) Schultz. He was born in his Grandma Schultz's house in Marenisco on Oct. 1, 1946. He married Sandra D. Peterson on March 20, 1971, and when talking about how long they had been married, he would always add "to the saaame woman" somewhere in the conversation.

Al was a man of many talents. Growing up he attended area schools in Ironwood. While in high school at Luther L. Wright, he lettered on the varsity football team as a running back, and when he was out in the open field, "no one could catch him." He even had a play named after him, simply called "Schultz." Al was also a member of the school's trampoline team, where he starred in performances during half time of the varsity basketball games. When his family moved to Ishpeming, he attended Ishpeming High School for his senior year. One of Al's proudest moments during his high school years was, after becoming a certified lifeguard, when he used his training to save a 2-year-old boy who was not breathing from a drowning accident.

Al proudly served his country in the U.S. Marine Corps and served two tours in Vietnam. His service in Vietnam had a lasting impact on him. He was a lifetime member of the Vietnam Veterans Post and the Disabled Veterans of America, as well as a member of the Lil Larson American Legion Post 114. He proudly supported those who have and are currently serving.

Al worked many jobs throughout the years including, being one of the first hired at the Tilden mine and working operations at the White Pine mine. Following the closure of the White Pine mine, he drove bus for Alger-Marquette Community Action Board in the Bessemer and Ishpeming areas, before eventually landing his most favorite job of driving for the NICE School District. He really enjoyed his mid-day runs with the young 5's and kindergartners, where he taught them various fun songs he made up as he went, leaving a positive impact for the kids on his bus. Highlighting this fact, was when he took some of the kids on field trip, many of which said, "Hi Mr. Al," as they entered the bus, and as the teacher boarded, she looked at him and said "So, YOU'RE the infamous Mr. Al."

He was a devoted family man, loving husband, and proud father and grandfather. He is survived by his wife of 51 years, Sandy of Ishpeming; sons, Lt. Col. Alvin "Jay" (Nicole) Schultz Jr. of San Antonio Texas, Ron (Jessie) Schultz of Oshkosh, Wisconsin, and Mark (Jess Ayotte) Schultz of Tillamook, Oregon; 10 grandchildren, to which he gave each a nickname, Mariah "Matilda," Alexandra "Suzzy," Austin "Toivo," Megan "Megady" Noe (Alex), Andrew "Gabby," Mason "Freddy," Lexi "Tudy," Mollie "Kadiddlehopper," Aaron "Billy" and Trae "Boe;" five great-grandchildren, Violet "Birdie," Jaxson "Buck," Lucas "Mac," Skylyr and Shai. With each new addition, the family anxiously awaited what their official name would be, but even more so, what Grandpa Al was going to call them! Al is also survived by sisters, Marie Fink and Debi Arnstad; stepfather, Marvin Pruesseler; an uncle; several nieces, nephews, and cousins; and an enormous amount of loving friends.

He was preceded in death by his infant daughter, Janet; and infant son, Steven Schultz; father, Alvin E. Schultz; mother, Lucille (Anderson) Schultz; and his brothers, Ed and Tim Schultz.

Pallbearers will be his grandsons, Austin, Andrew, Mason, Aaron and Trae Schultz, and Alex Noe. The family invites all who loved him to help celebrate his life at Bjork and Zhulkie Funeral Home at 400 N. 3rd St. in Ishpeming. Visitations will be held Friday, June 10, from 4 to 7 p.m. and Saturday, June 11, from 11 a.m. to 1 p.m., with the official funeral service promptly starting at 1 p.m.

Interment will take place at the Ishpeming Cemetery where the U.S. Marine Corps will accord military honors

Al's funeral service will be livestreamed, which can be found at Bjork and Zhulkie Funeral Home's Facebook page, facebook.com/events/443542970920108.

Relatives and friends may leave a note of remembrance at bjorkandzhulkie.com.