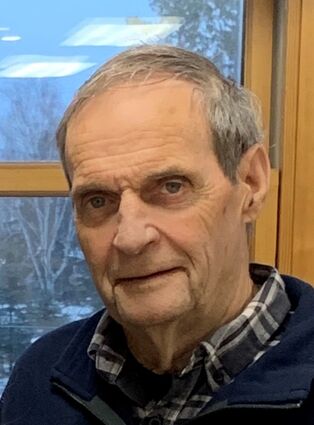 A Mass of Christian Burial will be celebrated on Monday, June 13, at 2 p.m., preceded by visitation at 1 p.m., at Our Lady of Peace Catholic Church, 108 S. Marquette St., in Ironwood, with the Rev. Binu Joseph, celebrant. A private burial for family will take place at the Hillcrest Cemetery in Bessemer at a later date.

John was born Feb. 2, 1945, in Ironwood, to John and Margaret Hanley. He attended grade school in Ironwood and graduated from Iron River High School in Iron River. He attended Gogebic Community College where he met his future wife, Janice Jacobson. John and Jan were united in marriage on March 21, 1970, at St. Ambrose Catholic Church in Ironwood. They were married for 52 years at the time of his passing.

For most of his working years, he was self-employed in the lumber business, owning and operating Hanley Lumber, Newport Lumber and Associated Lumber and Dimension, retiring in 2009.

John was an avid skier in his younger years, teaching both of his children to ski at a young age. His favorite pastime was golfing. He was a member of the Eagle Bluff Golf Club and in his later years at the Gogebic Country Club. He loved hunting and spending time at the camp with his brothers-in-law, nephews and friends. He seldom missed any activities that included his children and loved spending time with his family, especially his grandchildren. He was known by those who loved him for his quick wit and sense of humor. His faith was very important to him and he was a devoted member of Our Lady of Peace Catholic Church and was a supporting member of the Knights of Columbus.

The family wishes to extend their heartfelt gratitude to the staff at the Gogebic Medical Care Facility for their loving and compassionate care provided to John over the past two years.

"The loss is immeasurable but so is the love left behind."