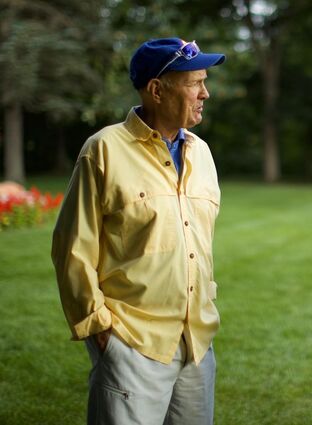 CHICAGO - Donald Everette Funk, of Chicago, a fourth generation seedsman and seed industry pioneer, died on Thursday, June 9, 2022, at home and surrounded by family. He was 79.

Don was born and raised in Kentland, Indiana, on Aug. 29, 1942. The son of Bill and Arlene (nee Nelson) Funk, Don grew up with older brother, Bob; sister Joy; and younger brothers, Richard and Bill.

Don was in the class of 1960 at Kentland High School. He graduated from Saint Joseph's College in Rensselaer, Indiana, and served in the U.S. Army Reserves.

Don began his career with Evinrude Motors in Milwaukee. He carried that passion and love for boats and the water throughout his life. At the age of 25, Don assumed the role of president of the family business, Edward J. Funk & Sons, and steadily grew it into an industry powerhouse. While he viewed himself first and foremost a plant breeder, Don was a perennial entrepreneur, establishing innovative programs that became industry standards.

Don's true passion was the deep connections he shared with his family and friends. He was a loving and beloved husband to his wife, Abby; father to Matt (Marcy), Dan (Grith), Luke and Katya (Mike Budzinski); and grandfather to William, Isla, Jens, Stella, True and Sasha.

Don was also a true friend to the wide network of people within his orbit, be it near his hometown of Kentland, Chicago, Lake Gogebic, Funseeker destinations around the globe, or family farms throughout the Midwest. His impact on the countless people who worked for and with him was extraordinary; he was furthermore an eternal optimist with an enduring sense of humor.

Don was a dedicated philanthropist, giving generously to initiatives ranging from health care to the arts to rural issues. He was a passionate sportsman, most comfortable in the woods with his beloved dogs flushing birds around him. He spent his childhood summers fishing with his family on Lake Gogebic, on the Upper Peninsula of Michigan; his love and relationship with that lake endured throughout his lifetime.

A celebration of Don's life will be held in Kentland, Indiana, on Saturday, Aug. 20.

In lieu of flowers, donations may be made to the Howard Young Foundation, 420 Oneida St., Minocqua, WI 54548.