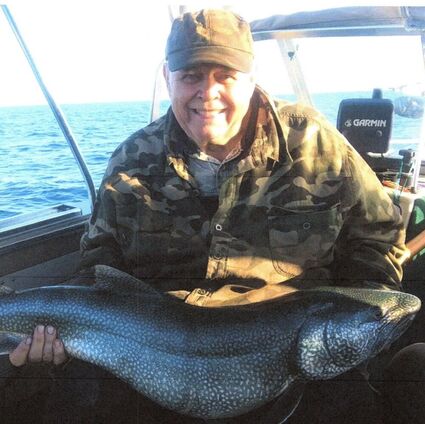 BERGLAND, Mich. - Michael A. Streeter, 71, a longtime resident of Bergland, passed away on Monday, June 13, 2022, at his home, surrounded by his loving family.

Mike was born on June 16, 1950, in Ontonagon, a son of Arthur Elmer and Elizabeth "Betty" (Davies) Streeter.

On June 26, 1971, Mike married Janice M. Lyberg in L'Anse. They made their home in Bergland and were blessed with a son.

He graduated from Bergland High School in 1968, and continued his education at Gogebic Community College where he met Janice.

After college, he worked various positions in the smelter at the White Pine mine, when he was laid off from the mine, Mike started working in the woods as a feller, cutting down trees for various logging companies.

Mike went back to work at the White Pine mine in 1987, as a mechanic working underground, before eventually transferring to the surface as a machinist.

When the mine finally shut down in 1995, he continued his education at Gogebic Community College, where he earned two associate degrees.

After college, Mike worked for Extreme Tool for several years before leaving to eventually work for CMF, where he retired in 2002.

He was a faithful member of the Bergland United Methodist Church and loved the outdoors.

Mike is survived by his beloved wife, Janice; a son, Cory; his sister-in-law, Penny Streeter; and four nieces.

He was preceded by his parents; and a brother, Timothy.

Out of respect for his wishes, cremation has taken place and there will be no visitation.

A celebration of Mike's life will be held on Saturday, June 25, at 1 p.m. EDT, at the Bergland United Methodist Church, with the Rev. Ted Trudgeon officiating.

Following the service, refreshments will be served at the church fellowship hall.