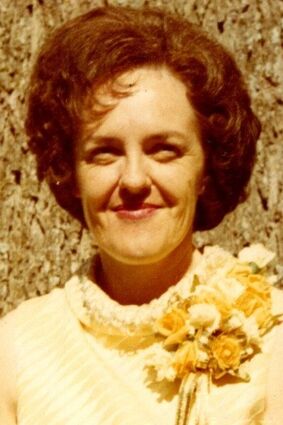 Evelyn was born on Dec. 25, 1925, in Bessemer Township, a daughter of Richard and Grace (Barron) Grenfell. She attended the Ramsay School.

Being the oldest daughter, Evelyn and her husband opened their home and raised nine of her siblings after the untimely death of her parents three days apart in 1946. She truly was the glue that kept the Grenfell family together.

Evelyn helped anyone in need and throughout the years was a caregiver to many. She was a meticulous homemaker, an excellent cook and baker, who baked bread daily, hosted the best holiday get-togethers at her home and was a friend to all.

Evelyn was a member of the Methodist church. For more than 40 years, she was in a birthday club.

Evelyn worked at the Gogebic Medical Care Facility in Wakefield, and during the winter months kept busy working in housekeeping at Powerhorn and Blackjack.

A memorial service will be held on Saturday, July 2, at 1 p.m., preceded by visitation at 12:15 p.m., at the Lakeside Memorial Chapel, 806 Putnam St., in Wakefield, with the Rev. Pamela Starr officiating.

A committal service and interment will take place at the Hillcrest Cemetery in Bessemer.

A luncheon will be served at the Wakefield Veterans of Foreign Wars Post 9084, 107 E. U.S. 2, following the cemetery service.

The family would like to thank Regional Hospice Service for their professionalism and care to Evelyn and to Jerald Rocco for his kindness, compassion and years of friendship.