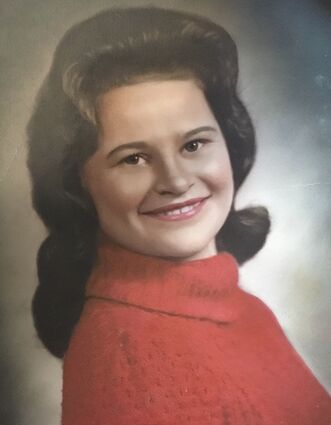 IRONWOOD, Mich. - Sharon Marie Colassaco, 76, of Ironwood, died Monday, June 27, 2022, at Aspirus Wausau Hospital, in Wausau, Wisconsin, with her loving family by her side.

She was born June 18, 1946, in Ironwood, a daughter of Natale' James and Mary Cecelia (Innanti) Vernetti. Sharon graduated from J.E. Murphy High School in Hurley, Wisconsin, with the class of 1964.

On Feb. 6, 1965, she married her high school sweetheart, Charles Colassaco, at St. Mary's Catholic Church in Hurley. The newlyweds relocated to San Jose, California, where they started a family. In 1967, they returned to the area and made their home in Ironwood. Sharon and Charles were blessed with five children. She was a homemaker while her children were in their early years.

Sharon then began work outside the home in the textile industry in Ironwood and Ashland, Wisconsin, including Munsingwear and Fox Point companies. She later returned to college and graduated with an associate degree from Gogebic Community College. She returned to work at Wells Fargo Bank in Ironwood until her retirement.

Sharon and Charles celebrated 54 years of marriage. In 2019, on the anniversary of their wedding, they renewed their vows at Our Lady of Peace Catholic Church with Rev. Robb Jurkovich officiating.

Sharon's favorite pastime was fishing with her husband on the Gile Flowage. She enjoyed participating in weekly Mass, attending sporting events, dance recitals, concerts and a variety of activities that her children and grandchildren participated in. She was always their biggest fan, taking pictures and videos, and creating pride-filled scrapbooks for keepsakes. She enjoyed walks with her dog, Chica, and challenged her mind with crossword puzzles, jigsaw puzzles and trivia games. She was talented at crafts and knitting and welcomed many new babies with beautifully knit blankets. She loved baking, especially with her grandchildren, and outings with family and friends.

Sharon was predeceased by her parents; her husband, Charles Colassaco; a grandson, Noah Colassaco; brothers, Dominic, Peter and John Vernetti; and sisters, Minnie and Isabella Vernetti and Violet Leccia. 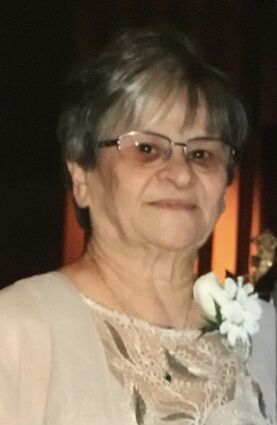 A Mass of Christian Burial will be celebrated on Wednesday, July 6, at 11 a.m., preceded by visitation at 10 a.m. Mass will be held at Our Lady of Peace Catholic Church, located at 108 S. Marquette St., in Ironwood, with the Rev. Binu Joseph, main celebrant, and the Rev. Robb Jurkovich, concelebrant.

Rite of Committal and interment for Sharon and Charles Colassaco will take place following the funeral Mass at the Riverside Cemetery in Ironwood.

Jerald Rocco, owner and manager of Lakeside Memorial Chapel Inc., in Wakefield, is assisting the family with arrangements. Condolences may be expressed online at lakesidememorialchapel.com.