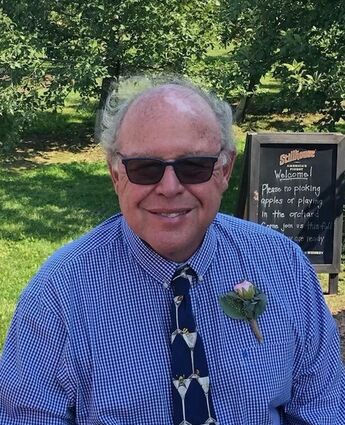 Mark taught high school English at West Iron County Schools for 30 years and remained an educator and coach at heart; he spent his last few years after retirement as a substitute elementary teacher. Mark enjoyed learning, reading, keeping up with the news and was a collector of quotes and sayings. He was a competitive athlete, college football player, avid golfer, and outdoorsman.

Mark loved following his grandchildren's pursuits and stayed active for a lot of their lives, and remained involved even after his health started to decline. To his grandchildren, he was an ever-present friend, mentor and storyteller. He was the favorite uncle of many nieces and nephews.

Mark had a sense of style, he tried new things, he traveled - with an atlas - and he could not pass up a new set of golf clubs or a new truck. He never missed an opportunity to share his quick wit and was the master of the deadpan. No matter how far Mark went from his comfort zone, he did not seem out of place or lose his shine or big personality.

Family and friends are invited for a celebration of Mark's life at the Iron River Country Club on Saturday, July 23, at 2 p.m. with a sharing of memories at 4 p.m.

Condolences may be expressed to the family of Mark A. Martini online at jacobsfuneralhomeir.com.