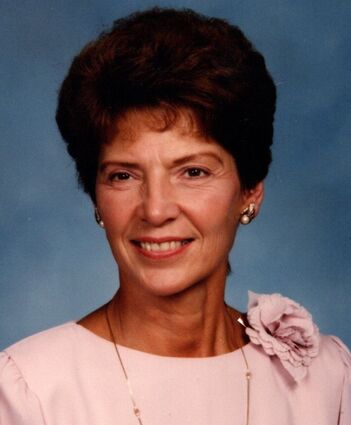 IRONWOOD, Mich. - Marie Joyce "Ann" Mesich, 87, of Ironwood, passed away peacefully on Thursday, July 21, 2022, with her loving family by her side.

Marie was born on Nov. 22, 1934, in Tomahawk, Wisconsin, a daughter of Anthony W. and Gertrude (Winker) Ungerer. Ann graduated from Tomahawk High School in 1952, and she went to Milwaukee and worked for the American Heart Association as a secretary.

While in Milwaukee, Ann met her future husband, Michael C. Mesich. On July 11, 1953, they were united in marriage at St. Mary's Catholic Church in Tomahawk, by the Rev. Monsignor Schmidt. Ann and Michael moved to Ironwood to reside in the family home after the death of Michael's father.

Ann worked as a typist for a court reporter in Bessemer, then at Josephson's Nursing Home in Ironwood, as a cook until her husband's accident at White Pine. Later, she returned to work at Copps Food Center in Hurley, Wisconsin, until her retirement.

She was a great cook and an avid sports fan. Ann loved baseball and had fun watching the Milwaukee Brewers and the Detroit Tigers. She also was a fan of the Green Bay Packers. Ann enjoyed walking daily and swimming. Her favorite part of life was being a loving wife, mother, grandmother and great-grandmother.

Visitation will be on Friday, July 29, from 2 to 3 p.m., in the St. Joseph Family Room at Our Lady of Peace Church, 108 S. Marquette St., in Ironwood. A Mass of Christian Burial will be celebrated at 3 p.m., with the Rev. Binu Joseph, celebrant.

Rite of Committal and interment will take place at the Riverside Cemetery, Ironwood, at a later date.