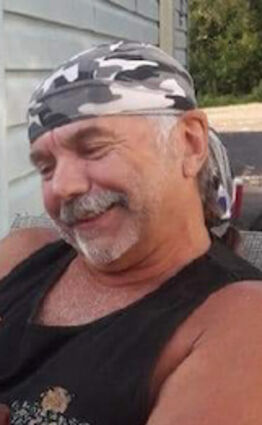 He was born May 17, 1950, in Iron Mountain, Michigan, to William and Lois Doda. Todd joined the U.S. Army and served his country during the Vietnam War. After returning, he spent most of his adult life in the Hurley area. He married the love of his life, Judy, on the beach in Key Largo in 1979. They were together for 41 years until she proceeded him in death in October 2020. They are now reunited and probably already lovingly giving each other a hard time.

After driving semi for a while, he spent the last half of his career working in sales at North Star Beverage until his retirement. Since then, he's kept himself busy making changes in the yard, taking care of his pets whom he loved (especially Maggie, his crazy African Gray), and spending time with his friends and family. Two of his favorite things to do were travel and gamble, often combining the two in trips to casinos around the country. If there were more than a couple of people over to watch football, or pretty much any sport, it wasn't long before the bets started flying for the final score. It didn't really matter who won, just made things more exciting. There was never a dull moment when he was around.

He is survived by his children, Candy Torres (Dave Ramme), and Andy Doda; grandchildren, Owen, Carly and Jordan; siblings, Kay, Jay and Scott; nieces and nephews; and a few close friends whom he treated like family. He was a proud Grandpa.

Todd liked portraying his gruff exterior, but had a heart of gold and helped out numerous people, even those that weren't aware of it, every chance he got. The cooler was always full, and if there was anything you ever needed, he would give it to you, borrow it to you, or help you find a way to take care of it. A few of his pets were adopted from rescue centers as that was just the type of man he was. The world was a better place with him in it, and he will be greatly missed by those who knew and loved him.

As per his wishes, cremation will take place and no formal services will be held. A celebration of life may take place at a future time, but we encourage you to celebrate him in your own way. In lieu of flowers or donations, he would want you to keep your bird feeders filled.

The family has chosen McKevitt-Patrick Funeral Home in Ironwood to honor Todd's legacy of life. For more information or to leave an online condolence visit McKevittPatrickFuneralHome.com.