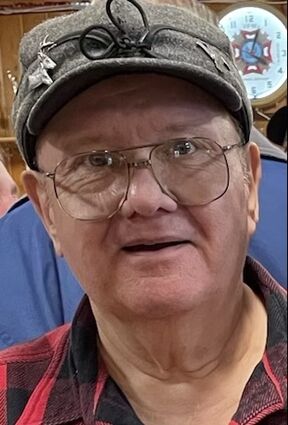 WAKEFIELD, Mich. - On Sunday, July 31, 2022, Michael Robert Sjoblom passed away surrounded by his family after a brief but heroic battle with cancer.

Mike was born on Sept. 25, 1950, in Wakefield, Michigan. He graduated from Wakefield High School in 1969 and then attended Gogebic Community College for two years, where he earned his associate degree. On Aug. 30, 1974, he married his treasured wife of almost 48 years, Beatrice.

Together they moved to Cudahy, Wisconsin, where Mike worked for 40 years at Ladish, and raised their sons Eric and Evan. They returned to Wakefield multiple times a year to visit family and friends. Mike was also an avid outdoorsman and enjoyed the many trips back home to the U.P. for hunting and fishing. Mike and Beatrice's dream was to return to the U.P. after they both retired, to enjoy a peaceful, slow-paced life surrounded by nature. In 2014 they realized that dream and returned to Wakefield, where they bought a home and spent the last eight years establishing what their children and grandchildren will always consider the Sjoblom home base.

He is survived by his best friend and loving wife, Beatrice (née Pedrin); sons, Eric (Kelly) Sjoblom of Oak Creek, Wisconsin, and Evan Sjoblom (Stacy Kelly) of Cudahy; and grandchildren, Logan and Maisyn. Mike is also survived by his siblings, Margie Sjoblom, of Wakefield, Roy (Barbara) Sjoblom, of Portage, Wisconsin, Marlene (Duane), Van Buren, of Hubertus, Wisconsin, and John Sjoblom, of Allen Township, Michigan; as well as by many other siblings-in-law nieces, nephews, cousins and friends who have become like family.

Mike was indeed an original, and we are all blessed to have the memories we've made with him and the words of wisdom he shared to carry with us.

Memorial services will be held on Aug. 27, at 11 a.m., preceded by visitation at 10 a.m., at All Saints Lutheran Church, 1202 Putnam St., in Wakefield, with Pastor Lauri Maki officiating.

The family has chosen McKevitt-Patrick Funeral Home of Ironwood to honor Michael's legacy of life. You can leave condolences or a tribute at mckevittpatrickfuneralhome.com.