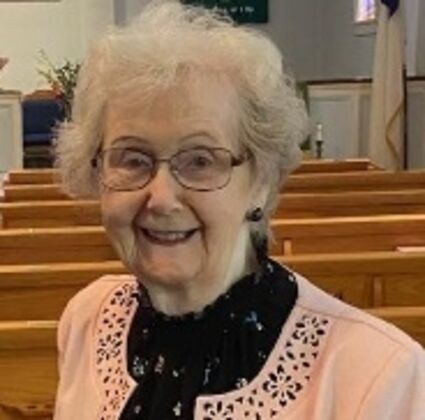 June graduated from Lincoln High School in Hurley in 1947. She began working at the age of 18 for Oscar Swee Insurance Agency. June continued to work as an Independent Insurance Agent for 47 years.

On Nov. 28, 1949, June married the love of her life, Richard L. Calvetti Sr. They resided in Hurley until March 2022, when they moved to Rhinelander.

June loved spending time with her family, spending time at the family cottage on Island Lake, visiting with friends, and spending time volunteering in numerous capacities at the First Presbyterian Church of Hurley.

June is survived by her beloved husband, her four children, and 24 grand and great-grandchildren.

She was preceded in death by her parents; a brother, Charles "Chuck" Langsford; and a sister, Patricia Chase.

The visitation for June will take place on Saturday, Aug. 27, from 9 a.m., until the 11 a.m. memorial service at First Presbyterian Church, located at 204 4th Ave. South, Hurley. Rev. Donald Nickolson will officiate.

Immediately following the service, there will be a procession to the Hurley Cemetery for the committal service.

Arrangements have been entrusted to the Hildebrand Funeral Home and Cremation Specialists of Rhinelander. Everyone is invited to sign the guestbook or leave an online condolence at hildebrandrussfh.com.