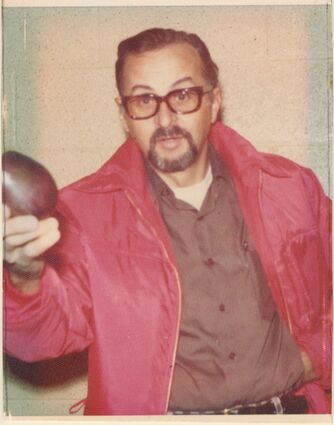 After high school he went to work with his father as a brick layer in Waukegan, Illinois. He met my mother in or around 1952 at the U.S. Navy base in Waukegan through her brother, Alvin Jarvinen, and sister-in-law, Barb Jarvinen. They began dating and married in June 1955. After their marriage, my father went to Suomi College in Hancock and transferred to Northern Michigan University in Marquette, where he graduated with "distinction" with a Bachelor of Arts degree in 1958. He then went to the Lutheran School of Theology in Chicago, where he earned a Master of Divinity degree in 1961. After finishing seminary, he served in the surrounding areas until 1969, with his last years spent in Bessemer at Sharon Lutheran Church.

We then went to Berrien Springs in southwestern Michigan, where he enrolled in the Seventh Day Adventist Seminary at Andrews University. He was baptized into the Adventist Church in 1972. After graduating from Andrews University with a master's degree in theology in 1973 and a doctoral degree in ministry in 1975, he preached in lower Michigan for several years. He continued his ministry in the Philippines as the coordinator of the Church of Ministry Department of the Seventh Day Adventist Theological Seminary, Far East Division, where we were missionaries for several years. We came stateside and he continued to preach for several years in lower Michigan, before taking a position at Andrews University as the director of seminary student life and an associate professor of preaching and worship.

When he came to retirement age, he had promised my mother that he would move back to her home town. So, in 1994, he and my mother moved to Wakefield. He also became the pastor at Christ Community Church of Seventh Day Adventist in Bessemer, where he so loved being involved with this incredible family, he called home.

On a personal note, from his children, my father was a wonderful father. He was wise, patient, loving, tolerant of our youth, and the best father in the world. Though he always seemed to look angry or mad, he really was not that way at all. He spent his whole life serving his God and other people, and touched many hearts. But to me, he will always be "my little daddy." God's speed daddy, we love you.

There will be a memorial service at the Christ Community Church in Bessemer on Sunday, Aug. 28, at 2 p.m. An interment service will follow, and a fellowship meal after that.

I would like to take a moment to thank Jerald Rocco of Lakeside Memorial Chapel in Wakefield for all his devotion and kindness to this family for the last five years; Dr. James Rocco and staff for all their kindness and care for my parents; and last but not least, the Christ Community Church family that has literally held me upright for the last five years. I cannot thank you ladies enough for all your love, kindness and support.

To Sean Brizendine, who was there by his side when he needed your faith and kindness, David and I can never repay you.

"I know the plans I have for you," says the Lord, "plans for your welfare and not for evil, to give you a future and a hope." (paraphrase) Jeremiah 29:11.