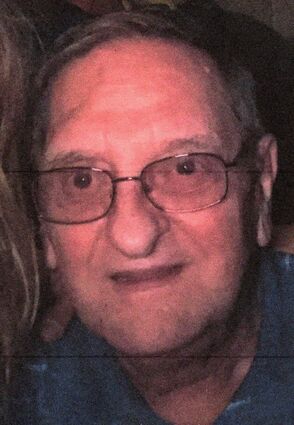 HURLEY, Wis. - Thomas Augustine Pallin, 81, a longtime resident of Hurley, passed away peacefully on Sunday, Aug. 14, 2022, at his home, surrounded by his loving family.

Thomas was born on Jan. 10, 1941, in Ironwood, Michigan, a son of Gustaf and Blanche (LaForge) Pallin. He attended St. Ambrose High School in Ironwood.

On Jan. 7, 1960, Thomas was united in marriage to the love of his life, Mary Ann Trolla. They made their home in several cities in Wisconsin, and returned to Hurley in 1982.

Thomas was a hard-working man, who owned and operated a floor sanding business. He took pride in his workmanship.

Thomas ran beagles for more than 20 years with his grandson, Terry Lee, and was a supporting member of the Gogebic Range Beagle Club. He enjoyed visiting with his friends at the local coffee shops and was an avid Green Bay Packer fan.

He was preceded in death by his parents; his beloved wife, Mary Ann, on May 26, 2001; three sisters and a brother-in-law, Donna, Barbara "Annie" (Don) and Jean; three brothers, Robert "Puzzy," William "Bill" and David; and his sister-in-law, Penny Pallin.

Cremation has taken place, and a private family service will be held.

The family would like to send a heartfelt thank you to his family and friends for their support and many kindnesses and to Jerald Rocco, who went above and beyond helping our family through this difficult time.

Dad you were the best father ever, you will be in our hearts forever. We love you!