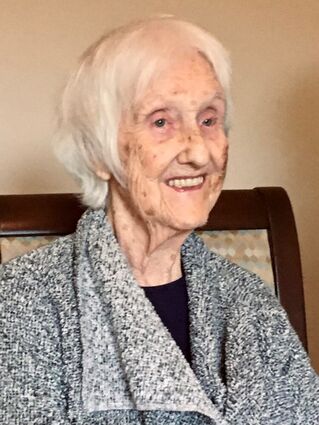 Doris Riegler died on Aug. 19, 2022, after battling dementia. Doris was born on Nov. 24, 1929, in Baltimore, Maryland, to Percy and Hattie (Ryan) Crosby. She graduated from Southern High School of Baltimore in 1948 and received her associate degree from Bloom Community College.

Doris and Wayne loved to travel, visiting family throughout the country. She visited all 50 states as well as many countries of the world. In addition, Doris loved to watch football, to crochet, to embroider and to volunteer at her church.

Doris was preceded in death by her parents; her sisters, Margaret Majka and Etta Hooper; and her brothers, Robert Crosby and Edward Crosby.

Visitation will be at the Blake-Lamb Funeral Home at 5015 Lincoln Ave., in Lisle, Illinois, on Thursday, Aug. 25, from 10 a.m. to noon. The service will start at noon, with interment to follow at Acacia Park Cemetery, Norridge, Illinois.

In lieu of flowers donations to the Mayo Clinic would be appreciated.