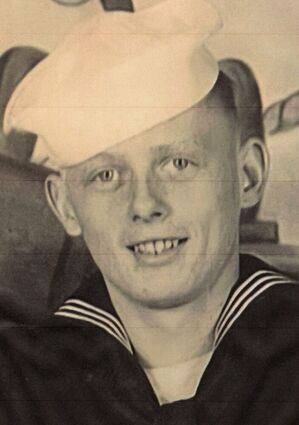 Lee was born on Dec. 15, 1933, in Montreal, Wisconsin, the son of Emil and Esther (Freberg) Baron. Lee graduated from Hurley High School in 1951. Then, he enlisted in the U.S. Navy, where he proudly served his country during the Korean War. He served aboard the destroyer USS Hanson, LST 537 and LST 527, and he was later stationed on the U.S. Naval Air Base, Guam.

Following his honorable discharge, on Feb. 13, 1956, Lee was employed at the Montreal Mine.

Lee married LaVerne Johnson at Salem Lutheran Church in Ironwood, on June 18, 1960, by the Rev. Earl Gustafson. They were happily married for 62 years.

After the mine closed, Lee attended and graduated from Northland College in Ashland, Wisconsin, with a bachelor of science degree, and then with a master of arts degree from Northern Michigan University in Marquette.

He had a 32-year teaching career, including the 4th and 6th grades at Sleight School in Ironwood, until his retirement in 1998.

Lee was a lifelong member of Salem Lutheran Church and active in his faith throughout his life.

He was a life member of the Veterans of Foreign Wars Post 1580, and the American Legion Post 0058, both in Hurley, Wisconsin.

Lee had many outside interests which included walking as a young boy with his dog, Duke, to fish the local streams. He enjoyed trout fishing the Potato River, surrounding Iron County streams and later walleye fishing at Lake Gogebic with his friend, Paul Carlson.

He had many special times grouse and deer hunting at the Springstead camp, bowling in the Tuesday night Commercial League in Hurley and playing softball on local old-timers teams. He continued to play various card games with his friends for many years.

Lee's most treasured time was spent with his well-loved grandson, Lee.

He is survived by his loving wife, LaVerne; a daughter, Amy Maffesanti (James); a son, Bradley; his sister-in-law, Polly Baron; his precious grandson, Lee Maffesanti; and numerous nieces and nephews.

He was preceded in death by his parents; four brothers, Robert, Carl, James and Thomas; and a sister, Betty Oberlander. 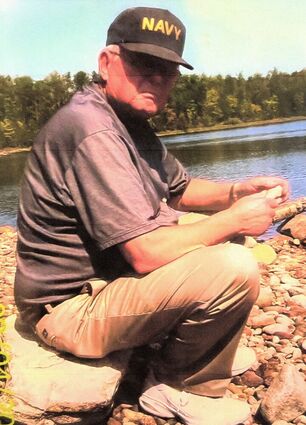 According to Lee's wishes, he was cremated. The family held a private memorial service commemorating Lee's life. Sail on, Dad.

Rite of committal and interment will take place at the Riverside Cemetery in Ironwood, at a later date.

The family wishes to thank Jerald Rocco, owner and manager of Lakeside Memorial Chapel Inc., in Wakefield, who assisted with the final arrangements. Our family extends their gratitude to the many friends, family and medical care staff, who provided loving care and comfort to Lee.