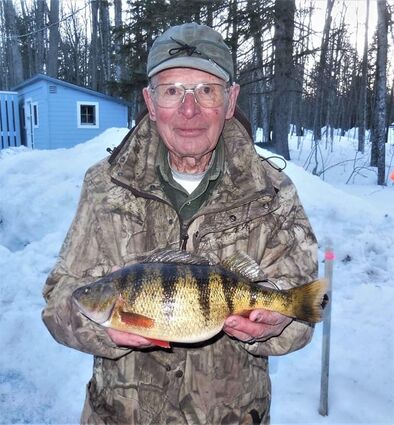 Skip was born Feb. 9, 1930, in Rice Lake, the son of Richard and Agnes (Fligel) Wick. He was an outstanding athlete at Rice Lake High School and graduated in 1948, he then attended the University of Wisconsin-Eau Claire and played for the Bluegolds football team in 1949 and 1950. Skip enlisted in the U.S. Army in the summer of 1951, where he proudly served in Korea as a platoon sergeant with Battery C of the Division's 21st Anti-Aircraft Artillery Automatic Weapons Battalion. He was awarded the Bronze Star medal and was honorably discharged in 1953.

Skip enrolled at UW-Stout where he joined the Blue Devils football team as an offensive halfback and defensive back. He earned first team all-conference honors and received an offer to try out for the NFL's Chicago Cardinals, an offer he turned down. Skip graduated UW-Stout in 1956 with a bachelor's degree in industrial arts. He then joined the National Guard and served in Fort Lewis, Washington, from 1961 to 1962.]

He was united in marriage on Sept. 1, 1956, to Virginia "Ginny" Ehlers. Skip also began teaching industrial arts at the Hurley School District in 1956 until his retirement in 1988. He was an assistant coach for the Hurley varsity, junior varsity and junior high school football programs from 1961-1980.

Skip was an avid sportsman; he went deer hunting at the family cabin on Clam Lake from 1941 to 2012. He loved to trap beaver, muskrat, otter, fox, and coyote every winter until his retirement. He continued to fish all year round on Clam Lake, Lake Superior, the Brule River and the Ontonagon River.

He was preceded in death by his parents, Richard and Agnes Wick; and a brother, Donald Wick. 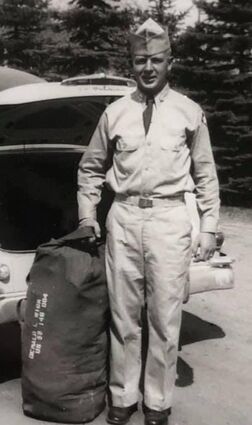 A celebration of life gathering will take place at the Kimball Community Center from 2 p.m. to 6 p.m. on Saturday, Sept. 24, with a light luncheon available throughout the gathering.

The family has chosen McKevitt-Patrick Funeral Home in Ironwood to honor Skip's legacy of life. For more information or to leave an online condolence visit McKevittPatrickFuneralHome.com.