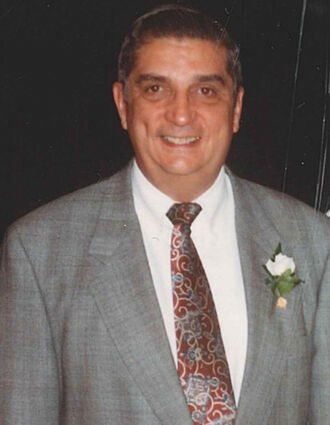 EAU CLAIRE, Wis. - Paul Marino Pisani, age 81, of Eau Claire, passed away while surrounded by his loving family on the evening of Sept. 7, 2022.

Paul was born in Ironwood, Michigan, on April 9, 1941, to Marino and Mary (Paoli) Pisani and grew up in Hurley. Paul was the eldest of four boys, and treasured the lifelong relationships he shared with his brothers Bob, Jerry and Greg.

Paul attended Hurley High School, where he was a star athlete in both basketball and football.

In his sophomore year, he met the lovely young woman who was the love of his life, Donna Maxinoski. Paul won not only the heart of Donna, but also the hearts of Donna's parents, Dora and Romo, who loved him dearly.

Paul graduated from Hurley High School in 1960 and then attended Gogebic Community College in Ironwood where he continued his basketball career. He completed his education at the University of Wisconsin-Stout, earning a Bachelor of Science in education and a master's degree in education. Paul also earned a School Administration Certificate from the UW-Superior and continued post-graduate studies in school administration at UW-Madison. He worked his way through college driving beverage delivery trucks for his father's distributing company, working construction and driving school bus. Paul and Donna were married during their senior year of college at St. Mary's Catholic Church in Hurley on Dec. 28, 1963.

In 1965, Paul and Donna accepted teaching positions in Hazel Green, where they lived for the next seven years. In addition to teaching industrial arts, Paul started and was director of the vocational and adult evening program, and after two years was hired to be superintendent of the Hazel Green Public School System at age 28. He was proud of the many accomplishments achieved as a young superintendent.

It was in Hazel Green that Paul and Donna welcomed two daughters into their lives: Joy in 1969 and Jill in 1971. Paul was a devoted and loving father who always loved and supported his daughters. Paul and Donna loved their time in Hazel Green and developed many wonderful friendships that continue to this day.

In 1972, Paul was hired as superintendent of the Osseo-Fairchild School District, and moved with his young family to Osseo where the next 20 years were spent putting forth his best effort for the benefit of students. He strongly believed in the cooperation of administration, faculty, school board and community to provide the best educational opportunities for students. It was this cooperation that resulted in the many accomplishments he was so proud of during his time in Osseo, including a new elementary school and bus garage, Ward Athletic Field and many educational programs.

In 1992, Paul began a new chapter in his career and became administrator of the Cooperative Educational Service Agency District 10 (CESA 10) in Chippewa Falls which provides educational services to the 30 schools within its district. Paul worked to establish the CESA/Ameritech Statewide Homework Helpline, The Cray Academy that provided workshops on instruction strategies for math, science and technology, and oversaw the remodeling and addition to the CESA 10 building. He also served as chair of the Wisconsin Association of CESA Administrators. Paul forged many friendships at CESA 10 that saw him through to the end of his career. Upon retiring from CESA 10 in 2001, Paul accepted one last position as interim superintendent at the Whitehall School District, and truly enjoyed one last year as a school administrator. He then really retired!

In 1976, Paul and Donna built a cottage on Lake Manitowish with the help of his father-in-law and family. Every spare moment in summer was spent at the cottage, where days were spent on the water, fishing, and in the boats that he shared with his brothers. He loved teaching his daughters, nieces and nephews to water ski, and spent endless hours buzzing around the lake, pulling kids and the occasional brave adult behind the boat on skis and tubes. Eventually his sons-in-law, David and Neyah, and grandchildren Austin, Nolan, Lily and Audrey would join him and Donna at the cottage to enjoy the place that they loved best. Paul was also a devoted lifelong Packer and Badger fan, and stuck with his teams through thick and thin.

Paul was a devoted husband, father, and people person, talking to anyone who was willing to chat.

A devout Catholic, he carried within him a deep faith in God and was proud of his Italian heritage. His love of God, family and friends carried him through a blessed life that he cherished and enjoyed.

Paul's family would like to invite family, friends, former colleagues and students to attend a funeral Mass led by Father Antony Joseph on Sept. 24, noon at St. Patrick's Catholic Church at 316 Fulton St. in Eau Claire, with visitation from 10 a.m. to noon prior to the service. Paul is to be buried at St. Mary's Cemetery in Hurley, at a later date.

Hulke Family Funeral Home is assisting the family with arrangements. Friends and family may offer condolences online at hulkefamilyfh.com.