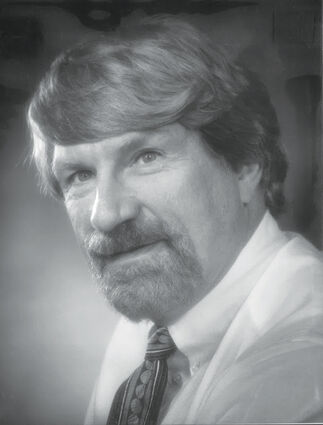 He was the firstborn to Orlynn and Dorothy Eyer in Alma, and was the eldest of six siblings.

Ron graduated in 1964 from Pioneer High School in Ann Arbor. He went on to receive his Bachelor of Science from Ferris State University, studying respiratory therapy and obtained his master's degree in business and computer science. He became manager in the Cardiopulmonary Department at Gratiot Community Hospital in Alma, then expanded his career to Worcester, Massachusetts. While residing there, he was able to follow his dream to run the Boston Marathon, which he did every year.

He relocated to Ironwood, to accept a position with Grand View Hospital (Aspirus) in the IT Department. This is the place where he settled into his best life. Ron enjoyed various outdoor activities in the Northwoods; including running, biking, kayaking and tubing. He also had a strong passion for community theatre, becoming memorably involved in local productions, showcasing his larger-than-life personality and booming voice. He could be found dancing among the Montreal River Dancers, as well as making noise in the Jack Frost parade with the hospital's comedic Bedpan Drum Corps.

Ron always brought enthusiasm to any community project. He had acted in many plays and musicals at both Theatre North and the Historic Ironwood Theatre, eventually expanding to directing. He also enjoyed writing songs and playing guitar, often sharing his musical abilities in Catholic Mass.

Ron loved all aspects of life, including the music of The Beatles, drinking wine with friends, his beloved pets, and was best known to tell ridiculous jokes and make up his own musical parodies. Wherever he was, so was gut-busting laughter and joy.

Surviving are his two sisters, Suzanne and Margaret; and two brothers, Brian and Philip. Preceding his death were his parents; and youngest sister, Rebecca.

Ron's life will be celebrated with a light-hearted memorial service at the Historic Ironwood Theatre on Tuesday, Sept. 27, at 6 p.m., doors opening at 5:30 p.m. A reception will follow at Cold Iron Brewing. All are welcome to raise a toast in Ron's name.

In lieu of flowers, any contributions to the local theaters, whether volunteering or monetarily, would be the best way to commemorate his spirit.

The family has chosen McKevitt-Patrick Funeral Home in Ironwood to honor Ron's legacy of life. To make an online condolence or for more information visit McKevittPatrickFuneraHome.com.