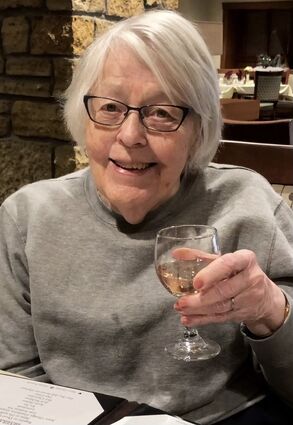 Jean was born in the then-mining community of Montreal, Wisconsin, in 1926, and graduated from Lincoln High School in Hurley, in 1943. She was admitted to the U.S. Cadet Nurse Corps at St. Mary's Nursing School in Duluth in 1944, graduating in 1947.

She and Ernest Gordon "Bud" Erspamer were married on July 4, 1950. They had eight sons, Daniel, David, Gordon, Michael, Paul, Peter, Roy and Martin, as well as 14 grandchildren and 14 great-grandchildren.

Jean was a registered nurse throughout her adult life, working most recently at Itasca Memorial Hospital in Grand Rapids, from 1974 to 1980.

Jean's focus and her pride and joy in life, above all else, was her family. She also enjoyed the great outdoors (particularly the Lake Superior region), travel, literature and the fine arts. She was especially a fan of the music of George Gershwin and of Peter Ilyich Tchaikovsky.

Jean made it her life's work to aid, support, and inspire others, particularly children and those most vulnerable. "To thine own self — be true." She spoke those words often, but far better, she lived them to the benefit of all whom she touched. She will be missed.