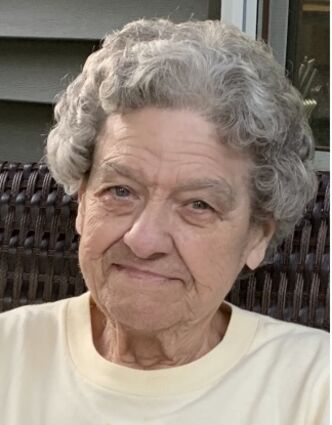 She was born Feb. 2, 1936, to Joesph and Eva (Mero) Chartier in Manistique. She was born the 10th in a line of 12 children and was the last one to be called home after a lengthy battle with Alzheimers. She attended St. Frances de Sales Catholic School and graduated from Manistique High School. She furthered her education at Northern Michigan University in Marquette, obtaining her LPN nursing degree. She held nursing positions at Schoolcraft Memorial Hospital in Manistique, Grand View Hospital in Ironwood, LaCroix Hospital in White Pine, and ended her nursing career at the Russell Wood Clinic in the Mineral River Plaza. She then held a job at the White Pine Hardware Store and sold Avon to keep herself busy.

She met her husband, Joseph Husar, through a mutual friend while working in Ironwood and were married on Oct. 8, 1960. They made their residence in White Pine where they raised their family.

She was a member of the St. Jude's Women's Guild, enjoyed years of laughter and shenanigans on the bowling league, and was a proud supporter of all the White Pine Warriors. She also liked to try her luck with the slots at the casino. Char's greatest pleasure was spending time with her family, both immediate and extended, especially when it meant time with children or babies. Her sweet tooth was well known as she loved to bake for any occasion. She enjoyed picking strawberries and raspberries and made freezer jam and the most delicious fresh pies. She was a very selfless person who lived to help anyone anyway that she could. You could always hear her say: "What can I help you with?"

She was preceded in death by her husband of 45 years, Joseph Husar, in 2005; parents, Joseph and Eva (Mero) Chartier; her eight brothers and their spouses, George, Kenneth, Clyde (Barbara), William (Pauline), Francis (Rita), Lewellyn (Shirley), Cletus (Esther) and Patrick; her three sisters, Eloise Poupore (Bernard), Charmaine and Loretta; and by several nieces, nephews, cousins and in-laws.

Visitation will be held at St. Jude's Catholic Church in White Pine, on Monday, Sept. 26, at 10 a.m. A funeral mass will follow at 11 a.m. with Father Michael Jacobus officiating. A private burial will follow at Evergreen Memorial Cemetery in Crystal Falls.

All arrangements were made by Cane Funeral Home.

Memorial donations can be made to Ontonagon Cancer Association or to the organization of their own choosing.